‘Stay Young’ is the first new release by The Outcasts since 1985, a rush of sentiment and suss. The Cowan brothers are senior punk rockers, happily returned to the stage, enjoying the vintage status. ‘Stay Young’ could be a generational call, a resolve to not go quietly. Also, it’s a personal declaration. Greg sang it as his wife was recovering from cancer treatment.

“I was going through Yvonne’s illness at the time. So Martin, Petesy and JP went in the studio for a couple of weeks. I took nothing to do with it. That’s the way it was. I went in after it was recorded to do the vocals. They gave me what they had recorded, with Martin doing a guide vocal. I was genuinely shocked. I know Martin’s lyrics are never the deepest – and I like that. But what I was going through with Yvonne… he didn’t write it for her, but I took a real resonance out if it. I really did. And still do. I absolutely adore the song.” 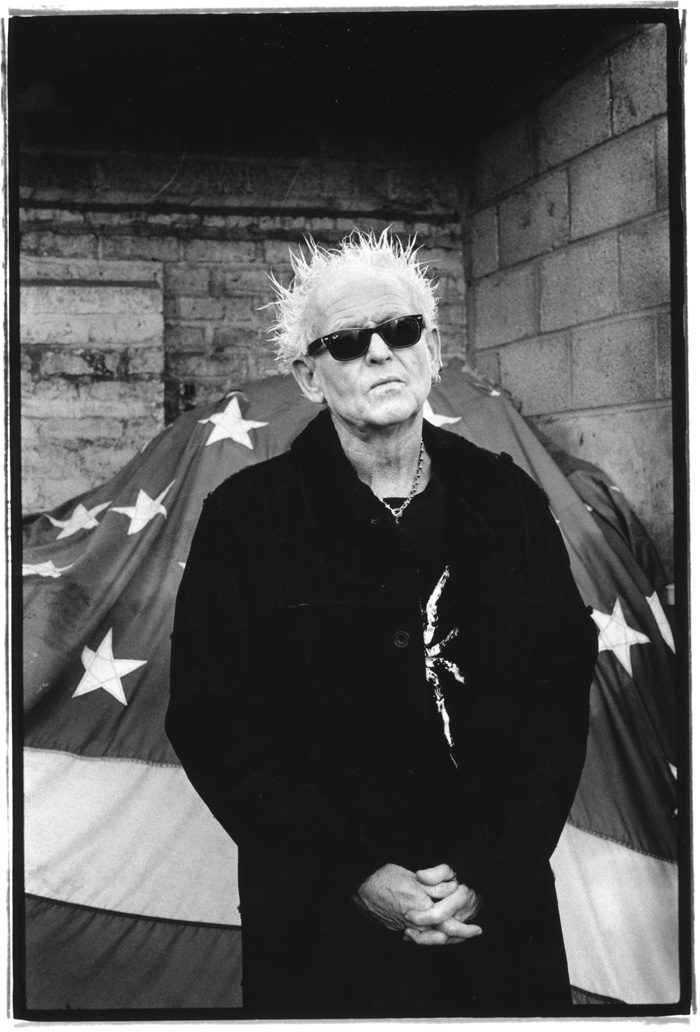 ‘Stay Young’ finds our protagonists chasing the sun, wherever it sets. They promise to live outside the law, to be forever away from the all-conforming “them”. The song fits with old Outcasts songs like ‘Just another Teenage Rebel’. There was always theatre with the Outcasts. They were raised on Brando, Bowie and Iggy. But the mythology and the posturing has been seasoned by tough experience. Brother Colin was killed in a car crash in 1982. Getty the guitarist died in 2016.

“I find it hard to believe that we have two dead members. I really do. Colin was a long time ago. And then Getty, too. When someone tells me you’ve lost two members, it takes me a minute to realise.”

The Outcasts were activated in 1977. They were Belfast contemporaries of Rudi and Stiff Little Fingers. They made records for It Records and Good Vibrations, the two significant indie labels in the north. They were actually big in France and had a menacing bunch of followers called The Locusts who were handy with their fists. Some of the Locusts have also gone prematurely. 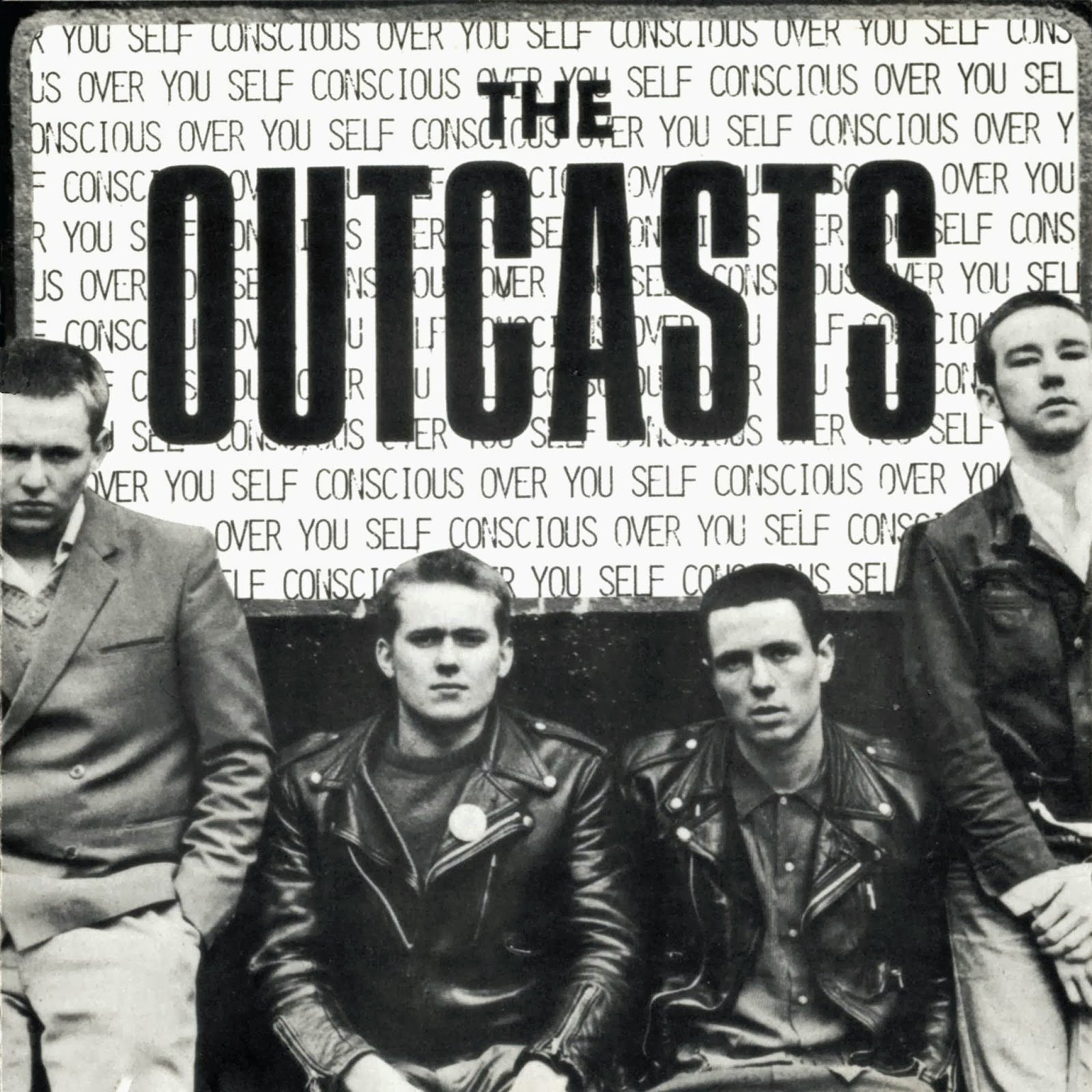 The new record was made at the behest of Violated, a punk label from Philadelphia. The only stipulation was that the Outcasts would also record new versions of ‘You’re A Disease’ and a cover of Rudi’s ‘The Pressures On’. Two other new songs feature and the sessions remind us that for all of the spikes and studs, The Outcasts were conditioned by the excitations of glam rock. Greg agrees.

“I know you think I’m being flippant – but we really couldn’t play. Colin could never drum. He never once mastered the drum roll. If we could have played on those albums I like to think that’s what we would have been doing. There was a glam sensibility with all the first wave punk bands. Even the Pistols. Glam’s there.”

There was a Japanese tour in May 2019, prompted by an Outcasts compilation, ‘Tell Me The Whole Story’. The vinyl release had sold out a series of pressings and so the band was summoned for shows in Tokyo, Osaka and Kyoto. Yet another bonus for an act that had fizzled out in the mid Eighties, presumably forgotten.

“I’m not making this up, but when we got to the airport, there was about 10 girls with home-made Outcasts things on, with presents for us. I genuinely thought this was being filmed, that it was some form of a joke. And it just carried on from there. Their knowledge was scary. Good Vibrations has been huge. When we were there, the film was being re-released the next month, in proper cinemas. They believe every word of it. They want to come to Belfast, and to go to the Harp. They can be quite naïve. But they have a knowledge of Northern Ireland bands that I couldn’t even remember. It was the biggest thing to me.” 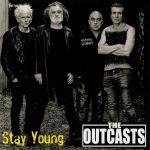 In January 2020, ‘Stay Young’ gets an international release. The Outcasts are are set to play Warsaw plus a return to Switzerland for the fourth time, then France, Germany and maybe America. Summer plans involve Rebellion, the punk gathering in Blackpool and other related festivals. Greg is delighted, also bemused.

“I love it. We’re Travelodge and Ryanair. And we get on. I love airports and stuff like that. I don’t want to do it for more than three or four days. I fuckin’ love being in a band. I didn’t do it for a long time and didn’t realise how much I missed it. I love being on stage. I never tire of playing Martin’s songs. Never. I love festivals more than anything. And this year there’s more festivals than ever. And we’ve got very friendly than quite a lot of bands. People like The Ruts. And The Undertones – we were never buddies, but now I love to spend time with them.

“Being in a band at our level is not just the ability to play on stage. It’s more the ability to get on together. It’s sitting in an airport for four and a half hours, or travelling in the back of a car. It’s certainly not for the money. You couldn’t do it if you didn’t love it.”