Everything about this event seems pointed, anointed and morally sound. A bill of music curated by the Fontaines DC to raise around €70k for the homeless cause in Ireland. The faithful are tightly convened at The Olympia, aware that this is an epochal moment, a night when the new acts are in the ascendant, the sense of civic rage is acute and the political system is as cracked as the Liberty Bell herself.

It’s the fifth year of Rock Against Homelessness and while the theme was never not critical, the revulsion has now translated into electoral votes, occupations and feet on the street. So it seems absolutely right that a generational change is enacted on the stage also. To echo an old punk maxim: “are you taking over, or are you taking orders?”

And the Fontaines are unassailably on the correct side. All those component parts – the empathy, the noise, the sly wit and humility – resound perfectly. They play behind a hazer fog and Grian still has that awkward aspect. Here’s a band that did not consciously aim to confront late-stage capitalism in a city that’s all mortgaged out. But they’ve accepted the brief and have responded with the best songs and the sentiments that fit so well. 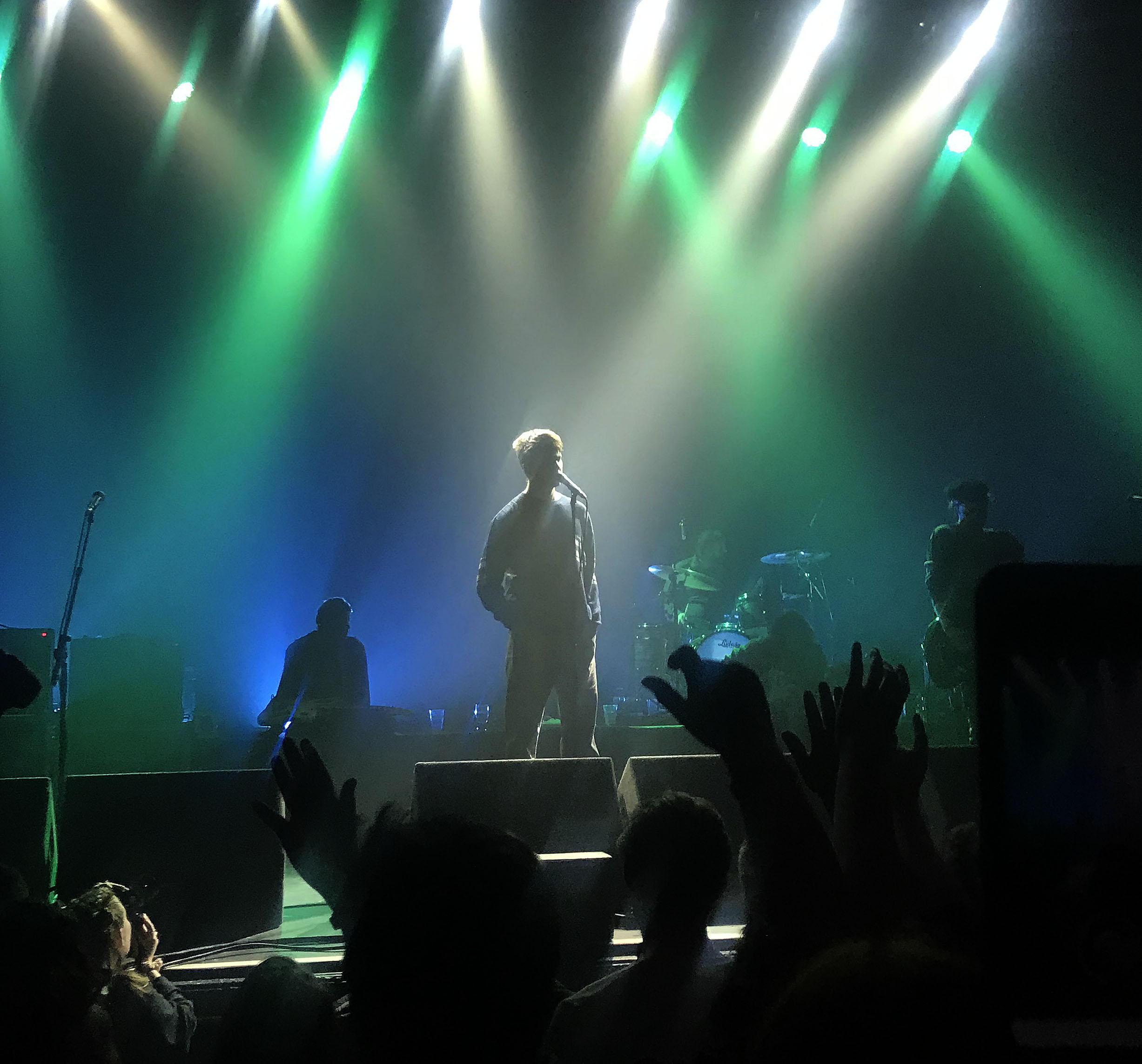 Only right then that their entrance is soundtracked by Luke Kelly. The band have used his narrative, ‘For What Died The Sons Of Róisín’ on numerous occasions, notably at Glastonbury 2019. But to hear the old Luke recording and the sense he makes of busted idealism is perfectly apposite tonight – “when we have sold enough of Ireland to be but strangers in it.” Here’s the time.

So when they play ‘Hurricane Laughter’ the transition from Luke to Grian doesn’t not jar and The Fontaines make the sound of a fierce reckoning. That translates into a mosh at the front and an incentive for Carlos to scale the balcony, playing off the edge of it.

It would be forgiveable to see the band assuming their greatness tonight but that’s not blatant. The message across the bill is that Ireland’s artists have a kinder dispensation and an equitable spirit. This was apparent with the Mary Wallopers, bringing banjo and royal strangeness with ‘Cod Liver Oil And The Orange Juice’. Their Dundalk compardres Just Mustard are further down the career line and they embrace glimmer and abstraction, calling out an uneasy story. Altered Hours also favour the shoegaze textures but don’t connect so readily.

Stefan Murphy looks like he’s hauled out of an outlaw bar in Texas, doused in the fumes of regret and schooled by Waylon, Kris and Johnny. He’s fought hard for the soul of Dublin over the years and his inclusion tonight is fitting. He has a long-gone Mighty Stef association with northsiders Melts who deliver florid exclamations and a glam-throb anxiety that recalls Suicide.

Kneecap represent the Nordy dimension, west Belfast and the Creggan. Their arrival is raucous, unfiltered and keenly received. They get bonus cheers for attacking Fine Gael and an election poster is presented with withering style. “Blue shirt wankers!” they say, causing us to remember a former, fascist connection. The hip hop beats are unaffected, the words do not flinch, RTÉ takes a lashing and the Brits are dismissed. ‘C.E.A.R.T.A’ is a lesson for the homies and Gaeilgeoirí. The transgressive stuff is mostly laughed off and there’s a thin cover of satire but calling Leo Varadkar a “spastic” is uncool. Words have a better potential, mo chairde. 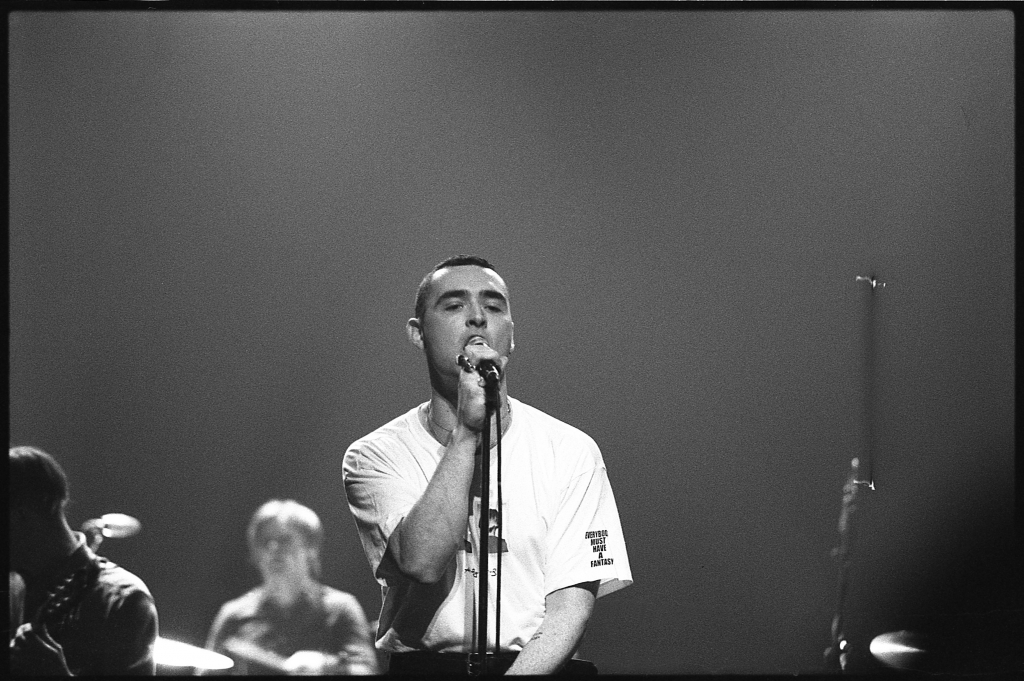 The Murder Capital by Stuart Bailie

Murder Capital are magnificent, road-drilled and James McGovern needs no coaching on the homeless theme. Those songs are studies in disenchantment, hard cases for the prosecution. It’s an astounding deal, the sound is vast and the singer commands that strange area of hurt and unwilling exile. Like you’d expect, ‘Feeling Fades’ is a swirl of streets, alleys, dead ends and James walks it like a tender hooligan.

The Fontaines take us home, with beautiful inevitability, to ‘Dublin City Sky’. They have channeled the ache and the disbelief. They have shared the sense of ever-tightening abuse and ridiculed the baldly ambitious. We would ask for little else. And still they go searching, for a kinder hand, for the better land.