At 7pm on January 10, 1969 they plugged in a pirate radio transmitter that had been smuggled up from the Irish Republic by friends of People’s Democracy. The transmissions were a feature that year, firstly from the Creggan and then from the top of Rossville Flats, an eight-storey feature of the Bogside. The equipment was installed by Jim Sharkey, an electrician from Rossville Street and father of Feargal. Radio Free Derry went out on 240 Medium Wave and involved Eamonn McCann, Eamonn Melaugh, Tommy McDermott, Ross O’Kane and a few others. Their reach was the Creggan, the Bogside and the Brandywell – 888 acres and 25,000 people. They played folk tunes, pop music and they talked about resistance.

‘It was, “don’t weaken now”, all that,’ Eamonn McCann recalls. ‘“Don’t listen to so-and-so, they are middle-class wankers”, and so on. “Stand by the people”. There was no police and you could think about it as a liberation area. There was a lot of romance around at the time. This was a revolt against the way things were. We weren’t just making it up.’

Over those first two days, the station played ‘Please Surrender’ by Elvis and sent it out as a request from the people of Lecky Road to the RUC (‘Of course, the police force in Derry have a great number of smash hits in recent weeks’). There were skits about Paisley, they named and shamed slum landlords and cued up ‘I Am the Walrus’. Radio guests gave eye-witness stories about Burntollet and the supposed collusion between the police and Bunting’s militia.

‘I seen the police talking to these people before the ambush,’ said one voice. ‘Definitely, they were hand in hand.’ 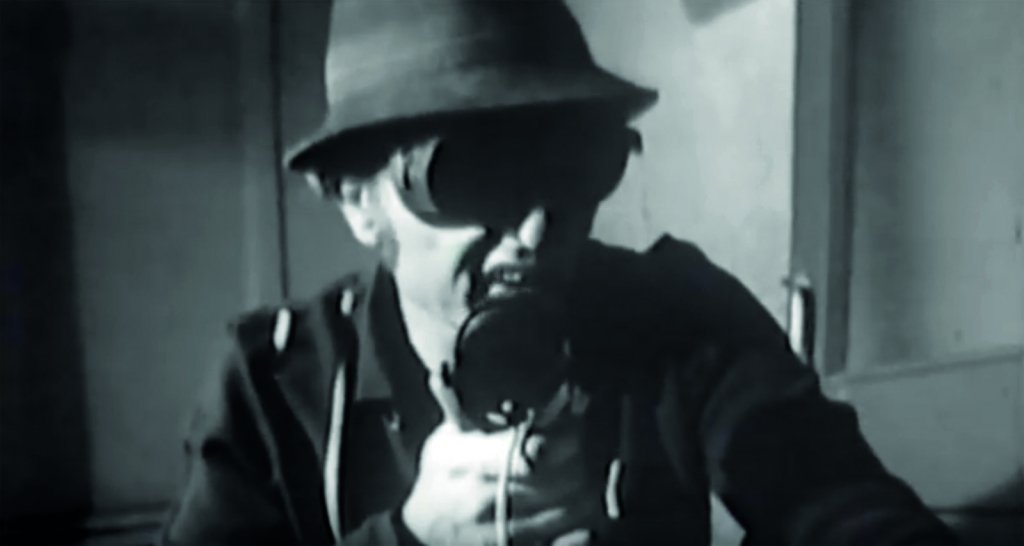 The playlist had space for the Spinners and local artist Majella Brady. Their station theme tune was a recent release called ‘The Derry Civil Rights’ song on a Monaghan indie label, Shamrock. The band was the Moonlighters, a reference to the secretive Kerry insurgents during the land crisis of the late 19th Century. The tune was on loan from ‘Down by the Sally Gardens’ and the lyric (apparently written by Tony O’Doherty, a DHAC campaigner and songwriter from Lone Moore Road) was a fairly restrained account of the October 5 March. It was the first recorded trouble song of the looming conflict.

‘The police were there in hundreds and on mercy they did frown
As they freely used their batons that day in Derry town.’

Radio Free Derry name-checked the vigilantes and sent out peaceable messages to their Protestant neighbours in the Fountain area. ‘Why do you stone us when some of you don’t have the vote, when your houses are in a disgusting condition?’ And then some more Elvis, getting urgent with ‘It’s Now or Never’. The DJ added some banter at the end of the tune, ‘which may or may not have any relevance to the Civil Rights campaign, but it was the only song on the gramophone at the time’.

The Battle of the Bogside had sparked off on August 12 after the annual Apprentice Boys’ march around the walls of the city. The British Army arrived two days after, relieving the RUC, but did not intrude past the 30 barriers that sealed off the Bogside, Brandywell and parts of the Creggan. Inside, it was marshalled by 400 associates of the Derry Citizens Defence Association, organising deliveries of bread and milk and keeping internal discipline. Radio Free Derry was operational again, a source of information and motivational words.

‘Tommy McDermott was a hippie,’ Eamonn remembers, ‘one of the few genuine hippies from the Bogside, and he was always preaching peace, as hippies do. And he got two hours on his own. He locked the door and didn’t come out and played the Incredible String Band for two hours and he would say, “Hey, keep cool, don’t be fighting with the cats in the Fountain”.’