Operation Demetrius was enacted by the British Army on August 9-10 1971 in consultation with the Unionist government of Northern Ireland. This was internment without trial and 342 people were lifted, many in dawn raids. The Army had targeted supposed Republican militants, although Civil Rights figures were also on the list of suspects and several of these names evaded arrest. The accuracy of Army intelligence was later questioned. No Loyalists were interned until 1973. Some Protestants taunted their neighbours with a chant adapted from ‘Chirpy Chirpy Cheep Cheep’, the 1971 hit single by Middle of The Road: ‘where’s your daddy gone?’

Internment was followed by mass displacements in mixed-religion areas such as the Ardoyne. It was reported that 240 houses in Farringdon Gardens, Cranbrook Gardens and Velsheda Park had been set on fire as Protestants left the area. The houses were deliberately burnt to prevent new tenants moving in. Flatbed trucks and lorries were commandeered from Loyalist areas and brought to those streets to aid this evacuation. The fall-out of such actions was that other residents had to flee for their own safety. Thus, the O’Shaughnessey household packed and left at speed when their home on Cranbrook Gardens caught fire:

‘There were tensions simmering for about three days,’ Anthony O’Shaughnessey recalled. ‘People did not know what was going to happen. I thought it was a dream and, in the morning, everything would be okay.’ 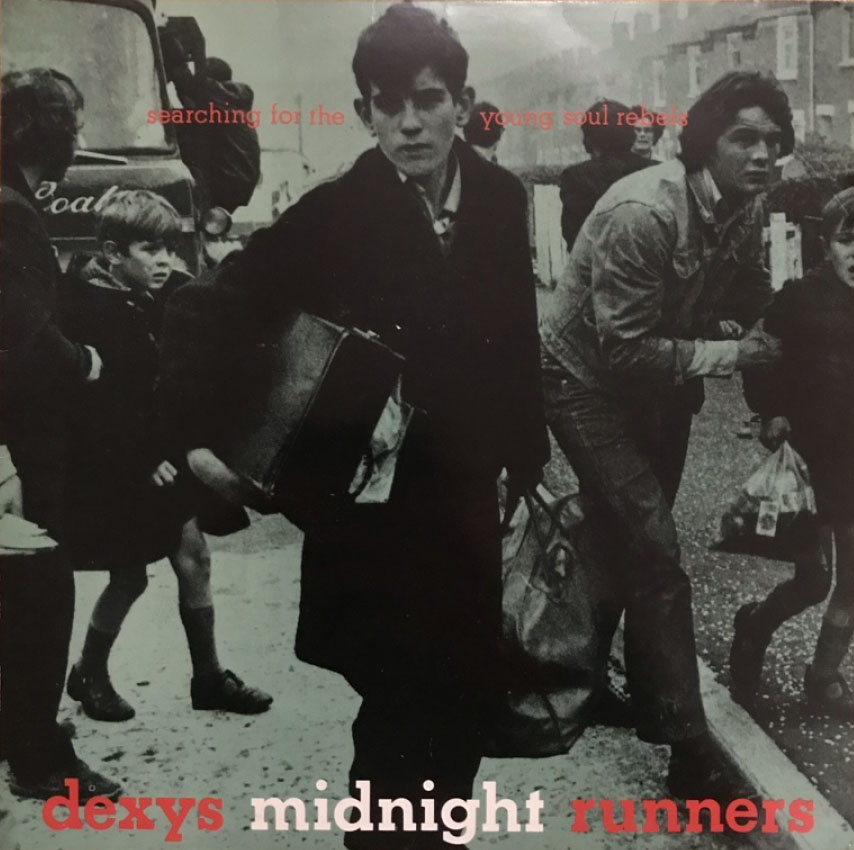 London’s Evening Standard used a photograph of this disturbance. The image shows 13-year-old Anthony with a grip bag in his left hand and a cardboard suitcase under his right arm. He looks at the camera in a distracted manner. His mother Kathleen is in the background and his brother Kevin is at his right elbow, in a duffel coat. On the other side, his brother Gerard is carrying a plastic bag with some personal effects, being led onto the pavement by a man in a Wrangler jacket and jeans. The children are understandably distressed. Behind the boys, a man is clambering on to the back of a coal lorry. Anthony would later remember the immensity of the moment.

‘That day was probably the biggest evacuation since World War II, where so many people retreated into their own communities. The Protestants were evacuated from Ardoyne. Later that night a Loyalist mob from outside the area started burning the houses two streets behind us. Our house caught fire from the houses behind us and burnt to the ground.’

A cropped version of the image was later used as the album cover of the 1980 debut from Dexys Midnight Runners. Anthony had not been aware of the cover until a friend spotted a copy in Smithfield Market. There were several meetings with Kevin Rowland from the band afterwards and bemused quotes from Anthony when vintage marketing posters featuring his image began reaching high prices on the collectors’ market. The unwitting cover star also told reporters that he had come to terms with the trauma, that he had no desire to return to his old neighbourhood: ‘I don’t think I would like to live in a shared community as I couldn’t trust it.’

Decades later, another layer of meaning became apparent in the Dexys sleeve of Searching for the Young Soul Rebels. The two adult males in the picture were identified. The figure in the denim jacket was a regular on the Shankill Road. The other man, leading Kevin O’Shaughnessey on to the pavement is Robert ‘Basher’ Bates, who was imprisoned for his involvement with a gang, later known as the Shankill Butchers. This team, led by Lenny Murphy, killed upwards of 19 people, chiefly Catholics. For the most part, the victims were pedestrians taken at random from the streets around North Belfast. The gang operated with butchers’ knives taken from a meat warehouse. Even by Belfast standards, their work was appalling.

With acknowledgments to Gareth Mulvenna’s Tartan Gangs and Paramilitaries plus the North Belfast News.