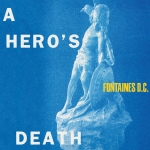 There’s drama in the second Fontaines album. Will it be a hasty release, banking the goodwill from the endless tours, the dues-paying grind and the rolling acclaim for Dogrel? Also, is there any juice left in the tank after that astonishing year? Alternately, might they decide to play the punk card at this strategic moment and deliver a moment of clanging self-sabotage?

The latter idea seemed possible with the release of the track ‘I Don’t Belong’. Such a downbeat song. The music turning in on itself, unwilling to make an easy purchase. The singer dropping you into these twilight encounters, places where compromise is expected and virtue is cheaply dispatched. Grian tries to navigate these straits in the song, to rely on his own compass, but it’s hardly a fun zone.

It was alarming to hear this lyric, just when the Fontaines had seemed like the best community in left-field music. Those early records had scorned wealth and base ambition. It was a mission to find heart in the old streets in the company of waifs, wasters and poets. Nobody else owned that rain. The Fontaines sang about Dublin during the street protests and the discourse about Moore Street and the actual value of a Republic. Perhaps not surprisingly, the Fontaines story worked all over the world, because aggressive capitalism was eating up every place.

But you could argue that ‘I Don’t Belong’ was consistent with all the above, because the Fontaines were refusing to be commodified, to supply a mere party soundtrack. After all, that’s what John Lyndon rejected when he sang ‘Public Image’ after an escape from the Sex Pistols. He declaration was simple enough: “I will not be treated as property”. Bob Dylan did likewise when he dumped folk orthodoxy on ‘Positively 4th Street’. It was the art of the swerve, a bid to dodge the weight of public expectation. And that’s basically what the second Fontaines album seems to be about. 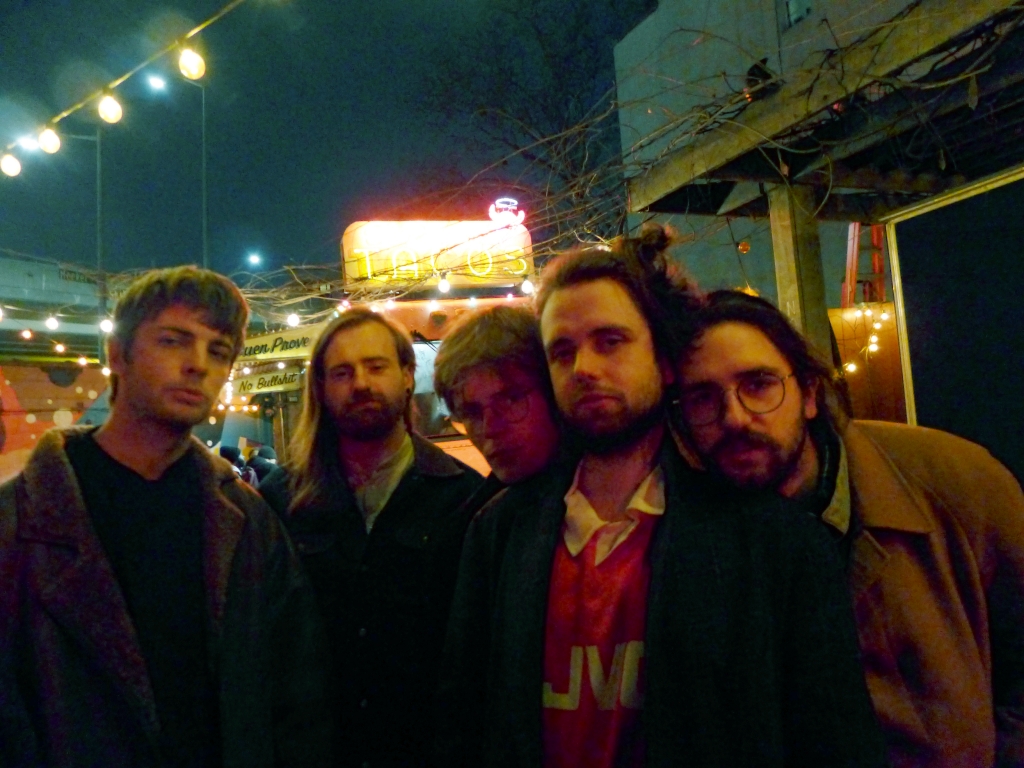 As a bonus, this is created by a magnificent, maturing band. Like the Bad Seeds, they can play cranked and distorted and also with a quiet grace. Tom is the rhythmic heart, the motorik drummer and the intelligent mainstay. Everyone else is wise to the words but there’s also a liberty to experiment with tone and sonics. It’s brilliantly done with ‘Living In America’, when they suck all the tumult out of the air and slice the anxiety like Suicide on ‘Ghostrider’. Later, the barometer lifts with ‘Sunny’ and a swell, slightly dissonant twang. It’s a trip to Sugar Town with Lee Hazlewood and Nancy Sinatra, woozy, not quite happy, styled in Polyester.

‘A Hero’s Death’ was another early indicator for the record and again, Grian sounded under duress. He survived with his list of truisms and motivational pick-me-ups while the backing vocals were peppy but weird. Yet in the context of the album it’s a tonic. The artist is thumbing over his earliest values and habits, making a private catechism, piecemeal protection.

Sometimes the stress turns into abstraction. The music goes to a ghoulish space like the early Banshees and the wiry, dubby dispensation of Public Image. Grian also favours the lilt of a nursery rhyme and it sustains him across ‘You Said’ and the folksy sentiment of ‘Oh Such a Spring’, when the good times seem awfully remote and you feel empathy for the artist.

In short, A Hero’s Death doesn’t have many bangers but it saves the Fontaines from lazy thinking, fatigue and stasis. The title relates to Brendan Behan and also the sickbed of Cúchulainn, a story of mythical pain and decline. The band is resisting such an end. They don’t want to be a generational voice with all the constraint and duty that comes with such a gig. So they abdicate.

This record earns them a pass out, a chance to use their relevance wisely. The album’s closing track, ‘No’, is a meditation after a year of lurching success, the moments that have turned him “twisted and unkind”. He considers the cost and lets slip a startling line: “and you know what freedom brings, the awful songs it makes you sing”. Wow. This is what resistance sounds like.

This review features in Issue 2 of Dig With It magazine, released July 31