Genre categorisations are probably helpful to those who market books. They are helpful, sometimes, to readers. They are not so helpful to those who have to review books which exist between genres, as is the case with Thin Places, by Kerri ní Dochartaigh. But what else would we expect from a story which is about existence in the thin places between hard definitions?

Ní Dochartaigh’s story begins in Donegal, in the sea, where she is swimming. Immediately we can see that this is going to be a poetic story where the language about nature is going to do a similar job to the language used by Mary Oliver- it is going to take us to the places where we find our connection to the earth and it is going to tell us the story of one individual’s experience of that connection. But it is a story which also begins with Brexit and the political fallout from a decision which the North of Ireland did not consent to. And it is a story which then quickly moves on to look back at the political history of the North. Everywhere in ní Dochartaigh’s prose is the sense that reality is not one thing or another – like Heaney, there is the feeling that you cannot speak about the land without speaking about the things that happen on the land, or that happen to it, and that those political acts happen because of human intervention, and the effects of them are imposed on individuals. 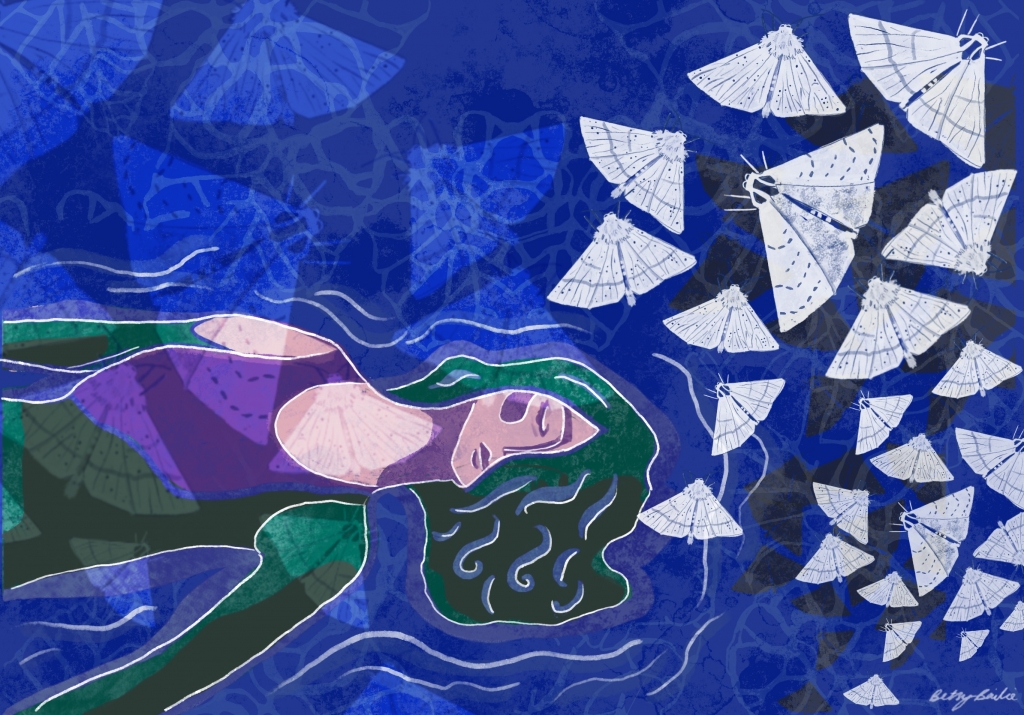 So we begin a story of one person, born in what she always terms Derry/Doire/Londonderry, born from what we in Northern Ireland will call a ‘mixed marriage’- one Protestant parent, one Catholic parent, and feeling strongly the liminality which comes from belonging to both communities and, somehow, neither. Ní Dochartaigh’s story is a tough read in places- it is a very honest and, in places, raw memoir, detailing abuses from her past and a struggle with alcohol and depression which followed her into adult life.

She writes of how the Troubles affected her family, and how the sectarianisation of the Irish language prevented her from a connection to the culture which should have been a birthright. It is nature which continually calls her back- the thin places of the book’s title; ‘Battles, governments, laws, leaders, borders…’ she writes, ‘come and go, but the land and its sacred places remain unmoved and unchanged in their core.’ This is a story of leaving and returning, of running away from, and then facing, the past. Many of us will find recognition in ní Dochartaigh’s words, even if we have not had her direct experiences, and I think that readers beyond Northern Ireland will be interested to read ní Dochartaigh’s beautiful prose which seeks to make sense of what unresolved political conflict can do to an individual.

Ultimately, Thin Places is a story of hope; the black birds of the author’s nightmares which remind us of the work of Ted Hughes and Edgar Alan Poe, exist alongside the whooper swan and heron, the curlew and the moth, dancing in the ‘changed winds’. The writer, who once, by her own admission, ‘Buried words like bog oak beneath frozen, unstable ground,’ was able to find a way to let her words break the surface, and we are generously invited to witness the results of the transformation. I am excited to see what will be next from Kerri ní Dochartaigh.

Thin Places is released by Canongate on January 28. This review will feature in the upcoming Issue 4 of Dig With It magazine. Kerri is interviewed in Issue 3. Subscribe and support Dig With It here.