Patti Smith, ‘People Have The Power’ 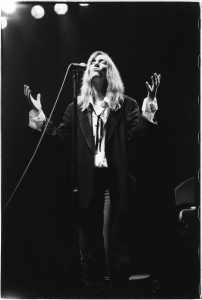 Quietly, I catastrophise. It’s a habit of mine. I let my imagination run far away, only loosely tethered to anything resembling reality. I imagine four-minute warnings, klaxons and shrieking broadcasts about incoming warheads, Godzilla or meteors.

I regularly wander the pandemonium of Derry, Belfast or Dublin, hours into a zombie apocalypse. I imagine laying stock still, flat on the roof of a Translink Goldliner, just crashed minutes before into the Scottish Provident Building, waiting for clusters of the undead to follow the noise of people shouting from inside the Linen Hall Library.

Would I chop the stairs to bits so they couldn’t make their way up and eat me when I found my way home? Would I fill the bath with water for rationing? How the fuck would I get the fridge up the stairs beforehand without making too much noise? Would there be electricity to run a fridge? Where would I find a wind-up radio? Would Bradley Fucking Walsh be doing a game show on every channel while I scanned for news bulletins?

Daydreaming of chaos is a luxury.

The privilege of a life of relative surety and a web of safety nets I spend just as much time thinking about and learning to be aware of. 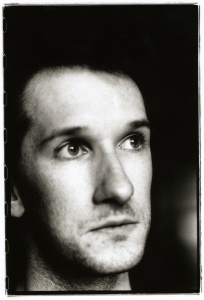 There are people who don’t have the luxury of daydreaming. People who don’t have time to stand still and imagine the what-ifs of unfathomable bedlam because they’re either living in it, immediately adjacent to it or running as frantically and as far from it as is humanly possible.

A directive not a dream, driving them to a place where they feel it’s safe to stop, to begin again safely, with the chance to build a life and be treated as a human being with aspirations, opinions and passions just like every person deserves.

We’re living in chilling times, where the leading party of the UK is swinging further to the right and dehumanising asylum seekers and newcomers on a daily basis in rapidly insidious ways. This emboldens racists, it galvanises the disgusting march of the far right in the UK and in Ireland too. When we as a population are failed by government and met with something akin to fascism, when supremacists high on ultranationalism spew bile without castigation, it is incumbent on each of us to place a ring around the innocent people it is directed at and make every effort to create that safe space they deserve.

Every single act of kindness, now more than ever, is an act of rebellion and decency that puts those who arrive here with nothing, in a position of being people who can put down roots and feel like they are valued, appreciated, wanted and needed.

This brings me back around to a sense of perspective on luxury. Many of the people who have arrived and will arrive here are musicians, many of them guitar players. If you have a guitar in your attic or a corner of the house gathering dust, please consider donating it to RNR Workshop located in The Oh Yeah Centre, Belfast. Local guitar tech Leif Bodnarchuk (Leonard Cohen, Ash, Sigur Rós) will give it a full setup and it will be passed to local organisations who can get a playable instrument directly into the hands of a person to whom it will mean more than we may ever fully know.

A guitar is by no means a necessity in the grand scheme of things, but if we are to make people feel welcome then we must acknowledge their right to dignity and individuality. This is how we begin to turn the tide of dehumanisation that is so rife and so deeply dangerous right now.

Count how many times the words ‘people’ or ‘person’ is printed on this page.

Every time you read or hear the words ‘refugee’, ‘asylum seeker’ or ‘newcomer’ promise yourself to read or hear ‘person’ or ‘people’ and remember that you too are a person. Your seemingly small act of kindness will never, ever be in vain.

(Paul Connolly writes a regular column, Better Call Paul, for Dig With It magazine. This column featured in Issue 7. For magazine info and sales, see here.)