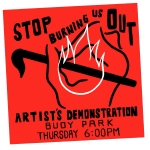 The first thing I noticed was Death, standing there nine feet tall, moving silently, scythe in one hand and bony fingers pointing out on the other.

Death wants to know just who caused the arson attack on Cathedral Buildings, formerly home to a row of small, independent businesses on the ground floor and a hive of studios, also formerly home to many incredible creatives across a range of disciplines. Illustrators, violin makers, graphic designers, textile artists, writers, photographers and so much more. 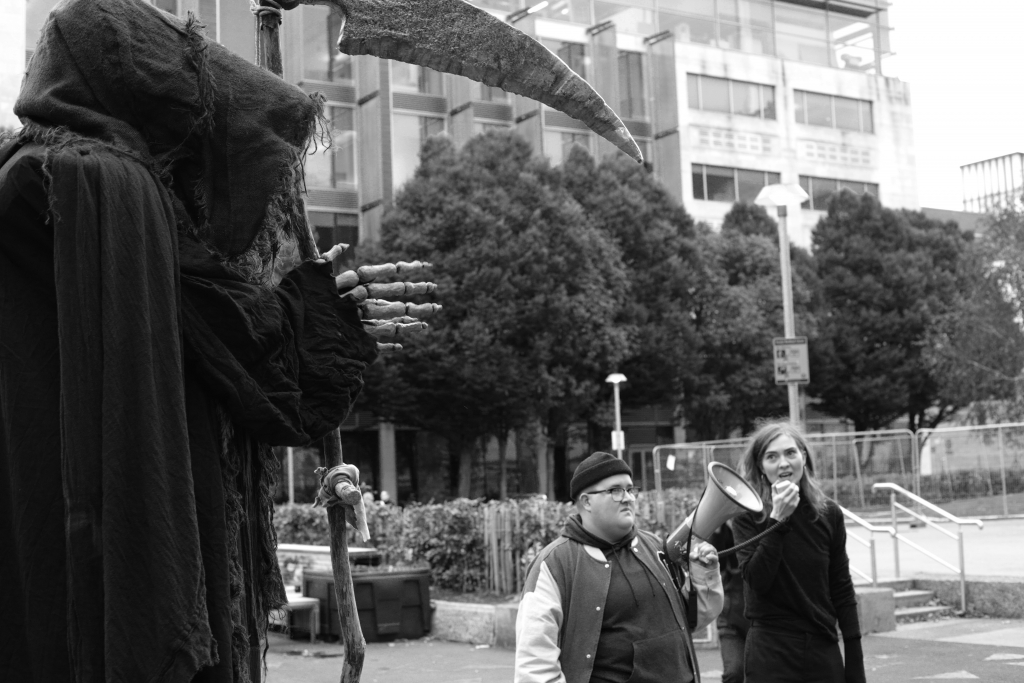 At wakes we gather and remember the passing of someone. We celebrate the joy they brought us. It’s our way of making peace that they’re no longer with us but we allow ourselves the opportunity to take a little piece of them into ourselves and let them live on through us. 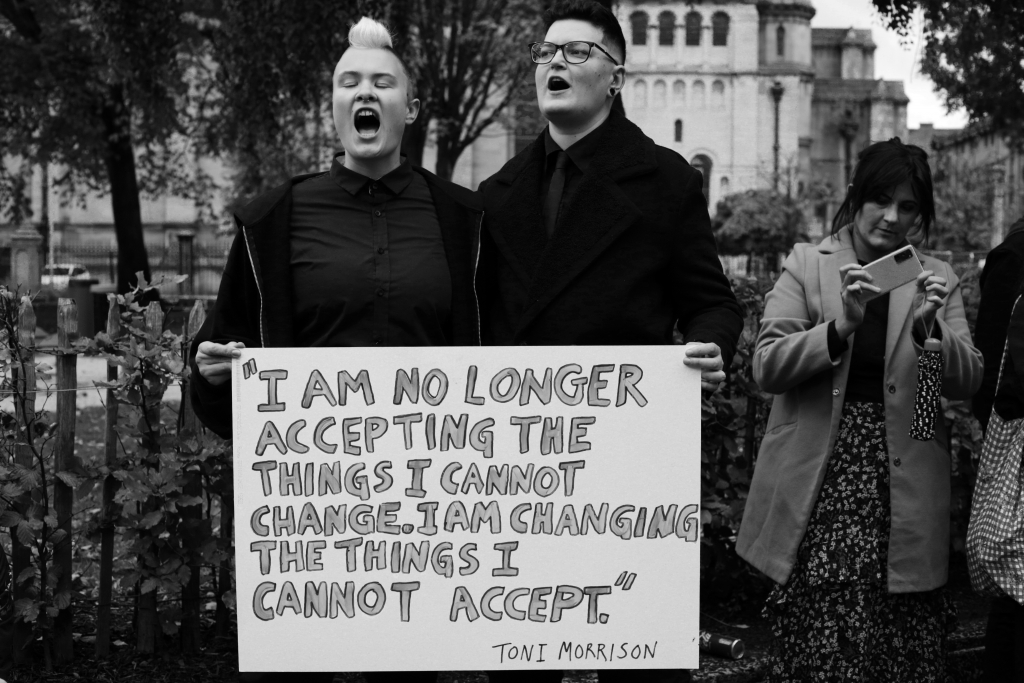 But there’s nothing here at Cathedral Buildings for the creatives to take comfort in. No silver lining and nothing but collapsed rafters and rain soaked remnants of their life’s work, their tools and instruments. This is a distilled sadness, it’s keenly felt by those offering support and amplifying the rage at what’s happened and what hasn’t.

It’s a rare situation that so many creative are in one place all at the same time, but it’s becoming a more frequent and unacceptable occurrence that we gather for these reasons.

Artists and creatives across the North are being squeezed out.

Spaces in which to create are gold dust and buildings in which to do so are being either sold to developers to create the most banal-looking offices and hotels or left to fall derelict and in on themselves. 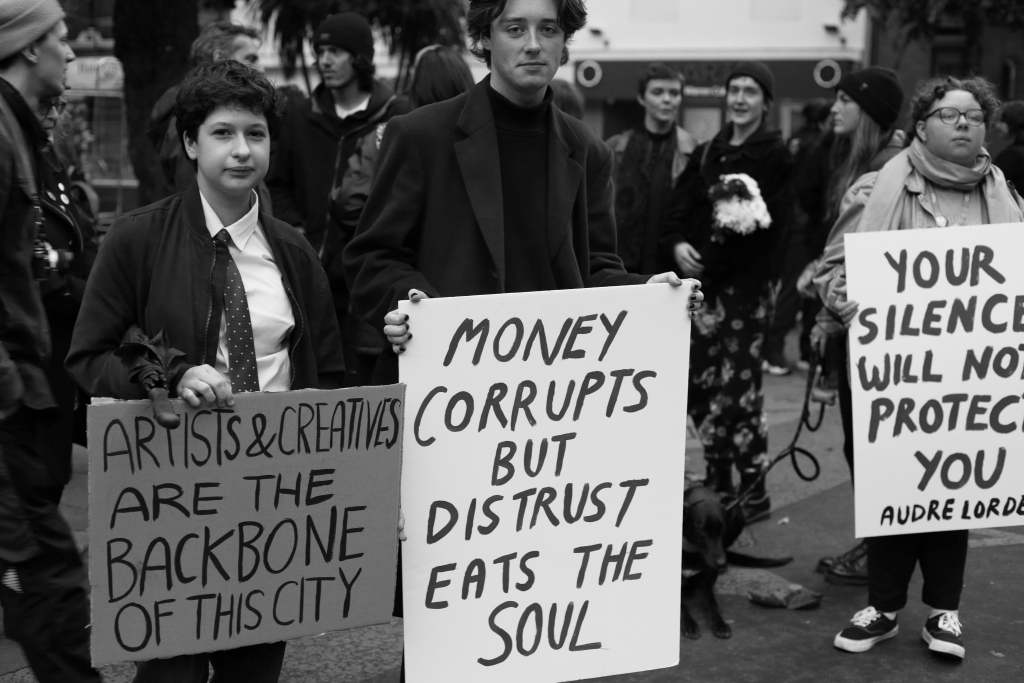 Belfast City Council’s Urban Planning department and by extension the currently dysfunctional NI Assembly are not doing anywhere near enough to safeguard the very things upon which N. Ireland is so often sold to the world by, its artists and their ground-breaking work.

The enforced exodus of Vault Studios and the planned demolition of Havelock House are examples of the gross mismanagement of what artists need and the preferential treatment of developers keen to homogenise and deplete the North of artistic, creative possibilities.

Art is a medicine and a lifeline and the spaces intentionally wasted in our town centres have the potential to transform lives. Whether as galleries, performance spaces or simply as a realised dream for the individual artist who longs to have a simple studio in which to escape, to think, to create and then share what they’ve made with the world.

In the case of the Cathedral Building, my heart breaks for each person affected and the work that they have lost. I hope that their voices are heard at a ministerial level and that whatever the fuck has happened in the background in terms of this deliberate arson is brought to light. They deserve that at very least. 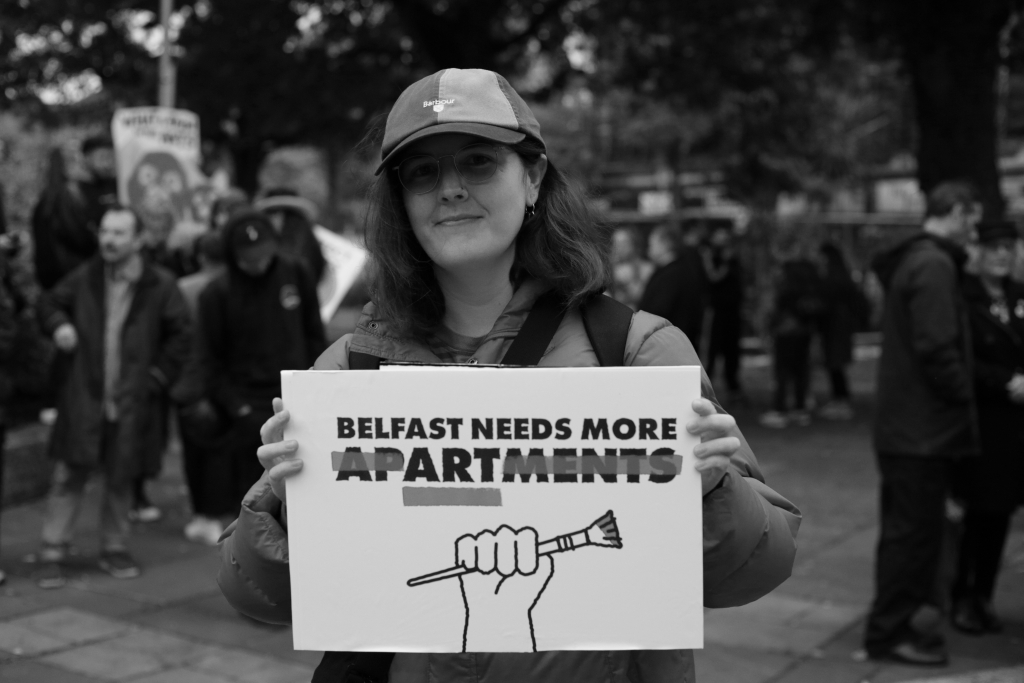 Being a creative is a vocation unlike any other, we take the harshness of life and mould it into something that helps us better understand ourselves, something with which to face the world and navigate it too.

It always has and it always will.

If artists have nowhere to create, then the branches on which they used to flourish will wither away too.