Belfast To Bogotá: Singers With Altitude 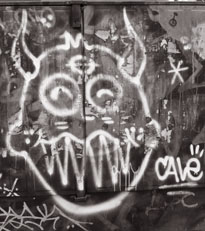 Alfredo De La Fé was born in Havana, and then active in the New York clubs from the age of 12. He played with Celia Cruz and Tito Puente. The boy was part of the birth of salsa and his drugs career began at the same time. Ultimately, he was so pinned before a scheduled performance in front of the Pope that he missed the gig. That was 30 years ago and he’s been off the drugs since.

We meet in Bogotá, his adopted home. “Be careful when you visit Colombia,” he says with a wink. “I came on a visit 14 years ago and I’ve never left the place.”

He reckons he’s been to 95 countries but Alfredo is centered here. He works with drug addicts and he’s engaged in new musical plans. After all, he embedded the violin in salsa back then and now he hands over his latest record with no small deal of pride. It’s called ‘Melao’ – essence of cane sugar, raw measure of rum. There’s a drawing of the man on the cover, awash with syrup, technology and tribal figures. He plays us the highlights of the record from his laptop. Tremendous beats and swerves. I tell him reminds me of Orlando ‘Cachaito’ Lopez and his later Cuban experiments.

“Yes, I knew Cachaito. He’s gone now. I knew all the Buena Vista Social Club guys.” Alfredo looks sad for a moment but then recovers at the prospect of ‘Melao’. “But this is new. This is… electronic salsa.” 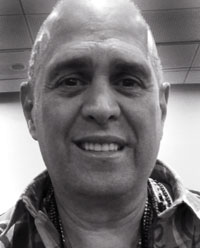 He feels good about his own future and is likewise elated about the chances for Colombia. A peace deal has been laid out, maybe the best chance that the country has known since 1948 and the era of La Violencia. Since then, around 220,000 have died. Up to 50,000 have disappeared, leaving disputed pieces of land that amount to the size of Ireland. The stories are horrendous and the histories are contested. Guerillas, paramilitaries, State collusion and drug cartels have all caused damage. Now the Government and the FARC rebels are due to sign up to the accord on September 26. The national referendum on the deal is set for October 2. You try to assimilate all this in a city that’s 2,640 metres above sea level. It sucks your breath away.

The people I meet seem dazed and understandably cautious. So many initiatives have crashed before. Bad faith has bedeviled the previous efforts. Five million rural citizens have lost their homes and so the south of Bogotá is a huge shanty expanse. That said, many of the city people are wary of the deal and the idea of giving concessions to a left wing army. A lot of the worst violence has been taking place away from the towns, so there’s a seeming disconnect.

But still it moves on. Johnathan Powell, one of the government fixers for the Northern Ireland peace process has been involved. Representatives from a strategic agency in Belfast are advising on how to sway the referendum. And with a sweet piece of synergy, this writer has been invited to speak at the Bogotá Music Market (aka BOmm), an initiative that’s in its fifth year, supported by the Chamber of Commerce and the British Council. Months ago, the idea was to talk around music and conflict. Now we’re into post-conflict and the way out, so best to revise things.

Therefore the keynote dwells on the idea that music can articulate better times, can send out positive notes and can help to copper-fasten the peace. It’s about putting heart in the gig and maybe also about economics and perception. Thus, Belfast tried after its ceasefire to re-vision itself as a music city and a creative destination, all festivals and emergent cool. Hence the talk about cultural tourism, about image and stakeholders and visitor spend. This can be great if the partners all stay on the script and don’t drop the programme or get sidetracked by something fleeting like, say, visiting American TV dramas.

The keynote is also a chance to play music from the years of attrition and dismay. John Lennon getting hoarse and nasty on ‘Sunday Bloody Sunday’. Paul McCartney copping an IBA ban for ‘Give Ireland Back To The Irish’. The arrival of The Clash in Belfast, October 1977, provoking a ruckus on Bedford Street. Then a year later Stiff Little Fingers responding with ‘Alternative Ulster’ – the proclamation of another tradition, away from the sectarian trenches.

It’s a joy to hear that SLF guitar ringing out in an unfamiliar place. Likewise with Orbital’s ‘Belfast’, which gifted beauty and empathy to an underground dance scene. The uplifting news was there if you cared to listen. That also explains the importance of the Good Vibrations film, released in 2013 but focusing on the punk years. So a trail from the film livens up the conference screen. Good Vibrations is proof that you can actually rewrite your history – to look back and give due respect to subcultures and self-awareness and to music’s ability to liberate minds from the war-merchants.

But the Northern Ireland experience also tells us that the peace dividend goes first to the affluent and perhaps never to the disadvantaged. Therefore post-conflict music also needs a targeted social value – the notion that outreach projects can take music out of the city centre to the places that can do with empowerment and fresh skill sets. That’s the ongoing task at home. Bogotá has also asked to know more about the ten year history of the Oh Yeah Music Centre in Belfast – a dedicated music hub and a shared space, where some of the work has originated, fronted by myself for that first decade. So those challenges and some of the happy outcomes flash up on the display.

Job done and what seems like a positive response. There are conversations and Tweets after the keynote that suggest some parallel moments. We also mention dark tourism and conflict porn – the likelihood that new visitors might actually come expecting a vicarious thrill out of the story. That’s already in evidence with the Narcos TV drama, a commercially successful series about the bad old days. The people I meet seem resigned to this Netflix hit. It was part of their past, they say, and at least it was filmed in Colombia. What piques them more is that Wagner Moura, who plays the Medellín Cartel boss Pablo Escobar, is actually Brazilian. “He talks with a Portuguese accent,” they sniff.

Another import from the drugs world is the narcocorrido – a variant on gangsta rap, exported from Mexico. The participants boast about the lifestyle, the girls, the whiskey and the executions. But while this attracts some interest in Colombia, it does not go unchallenged. At the BOmm event we watch Systema Solar who ridicule the genre in their barrage of cumbia, ragga and rage.

Colombian traditions are honoured and sometimes treated with a hit of fun. Los Rolling Ruanas are named after the local poncho and they combine the carranga music of the highlands with cranky rock and roll. You would imagine Beck to be a fan. After all, he made capital out of the rebellious Brazilian tropicalia music during his ‘Mutations’ era. That same notion is revealed in a live performance of Animales Blancos who mix up their subversion with freak-beat and psych adventures.

When the peace talks picked up speed in 2013, both sides put out music videos. The FARC release featured combatants in Che Guevara T shirts, rapping about their visit to the showdown in Havana. The government army put our ‘Sword Of Honour’,  aided by reggaeton act Yavi del Bloke, some awful Auto-tune and staged footage of a rescue mission in the jungle. 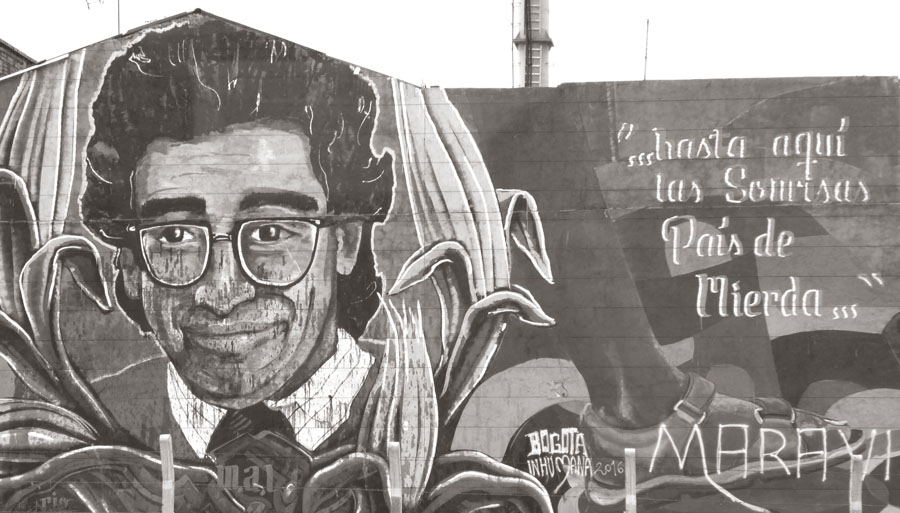 Given the death toll, it seems that there’s been a risk associated with critics and mockers. One of the most significant pieces of city graffiti remembers Jaime Garzon, a journalist, lawyer and satirist. He was murdered in 1999, apparently by right wing forces. The hit was carried out by a Medellín drugs gang. The caption on the mural, imagines Garzon in the afterlife: “hasta aquí las sonrisas país de mierda” (“there are smiles up here, shitty country”).

Yet music is doing its work in the post-conflict situation. One of the great divas of Colombian music is Leonor González Mina (La Negra Grande de Colombia). She’s 82 now, but is involved in a project called La Paz Tiene Nombre de Mujer (Peace Has a Woman’s Name). This looks at the female experience of the war, about victims, the disappeared and the reclamation of rights. Another outreach project is Sonidos Entraizados, that works in many rural areas, where the conflict has been most acute and the former guerillas are literally walking out of the jungle to an uncertain future. Memory labs and musical seeding projects may help, but the scale and the depth of the task is considerable.

There are still weathered old posters for the disappeared on the streets of Bogota and a whiplash of pain and anxiety that we can only guess at. On the final day we take a cable car to the top of Monserrate and an astonishing view of the city. A vastness of eight million people. Input of Caribbean and Pacific, mountains and plains, slavery and colonial, Marxist and landowner. You’re thinking of Joseph Conrad and Nostromo, that warped story of ideals, corruption and history. You are now over 3,000 meters up and it hurts. Literally, you can’t take it in.