The Fontaines DC are righteous and romantic. Every song is a declaration and a rumble. They catch lightning, write the best words and their upcoming album, Dogrel is set to be an unrivalled moment in Irish music. That’s reason enough to feel glad but their debut is going to be so perfect and of its time. It will register far beyond this island. Remember the excellent buzz of hearing The Strokes and ‘Is This It’? Prepare for a party soundtrack, an education and a way of looking back at the world.

When the band played at Sunflowerfest last year, a Friday storm was set to break and so The Fontaines filled the air around Moira with inclement noises. They played ‘Hurricane Laughter’ sounding fierce and prophetic as the wind started lashing. But the band was not just putting out a weather report. In their own way, they were predicting a political turbulence, another kind of hard rain. Watching this weird ritual, you felt astonished and lifted. 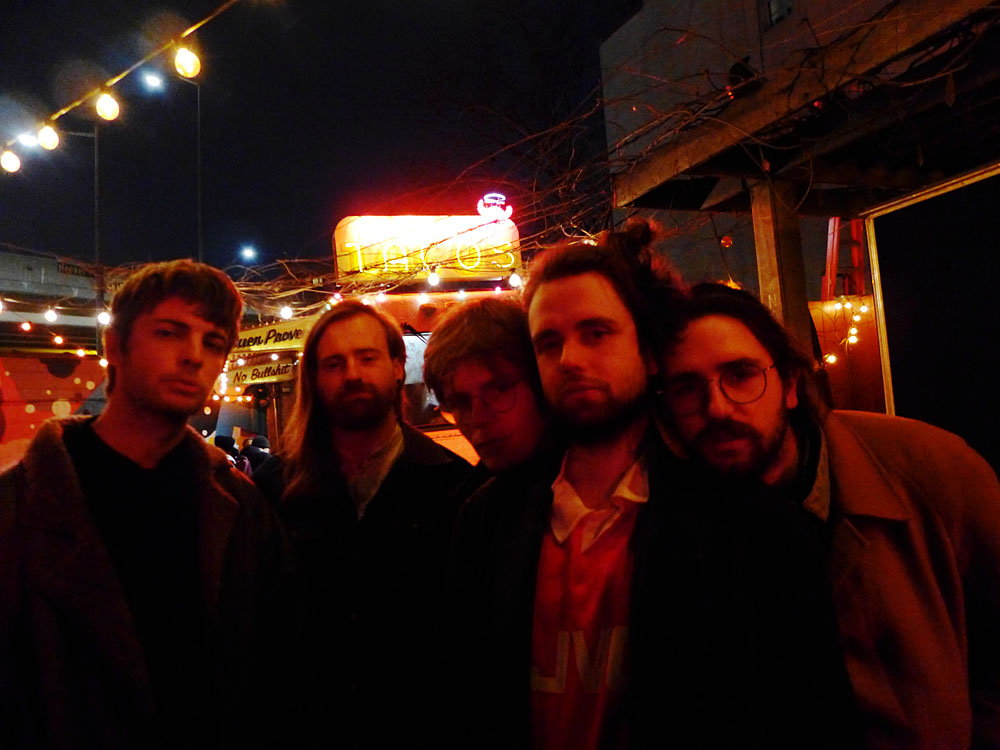 DC is Dublin City, their base and a cultural wellspring. In the closing moments of their first video for ‘Liberty Bell’ the band broke out into a rendition of the Brendan Behan song, ‘The Auld Triangle’. They have an affinity for the roughnecks and the gurriers, the defiant sorts. The Fontaines hold onto the characterful parts of the Liberties area and with their new single ‘Big’, they take us down into Moore Street, past the barrow vendors and the final scene of the 1916 Rising.

That’s remarkable enough, but rather than the band making the procession, they chose one of their neighbours to synch up to the song. Come on down, Finn McGinnis, 11 years old, bold and delighted to be doing the walk of pride in his báinín jumper. There are no edits as Finn rolls through the customers, the traders and the tourists. The little fella is party to the joke – that money and crass ambition really are bad for the soul. Still, he owns it in a way that cash can never procure. 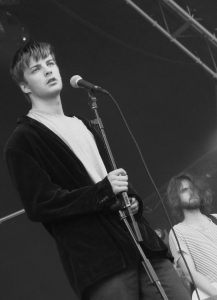 The actual singer with The Fontaines is Grian Chatten. He’s no extrovert and does not crave the attention. Yet he has the presence of an artist with something important in his bones and he puts it out with an accent that roots him to the city. He has kinship with Brendan Behan and singers like Luke Kelly and Ronnie Drew. There’s a hint of danger, a spirit that will not be denied. When I spoke to the band backstage at Sunflowerfest, Grian considered their rising appeal.

“The reason that it works is that we’re authentic to some degree. We’re bare and we don’t pretend to be elitist. We’re just who we are and we’re on a search to be as honest as we possibly can. I think people respect that in any culture, y’know?”

And how do they square that with the demands of showbusiness and crowd feedback?

“I act the same way in practice as I do onstage. I just get carried away, every time. I just get lost. I couldn’t really care less what people think, most of the time. I do like the conversations that it tends to encourage after gigs. That’s the aspect of crowd feedback that I actually like. I like people saying that my lyrics are rubbish and just hearing why. I like that element of it.”

The Fontaines are compared to intense punk acts like Idles and Shame but they also have a love for another set of scruffy over-achievers The Pogues. When the band played a session for Across The Line in Belfast last year, Grian finished with a beautiful rendition of ‘Rainy Night In Soho’. Another reason to hold them dear and to suspect that the Fontaines’ music will be around us for a great duration – songs of hope and belonging at a time when everything is for sale and the capitalists are putting beautiful cities like Dublin up for auction. That’s part of their glorious dynamic, what holds them together through a ceaseless tour schedule and preparations for a milestone album. Grian looks tired but ready for it. He laughs.

“We’re fit in all ways, but physically.”