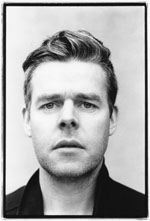 “I am often reminded of scenes from Translations while reading Irish place names and thinking of their, at times, crass phonetic translation. Like Douglas in Cork taken from Dúbhglas meaning Dark Stream (which I borrowed for a song title). Who wouldn’t want to live in a town called Dark Stream? There is poetry and a deep history in that example alone which needs to be preserved.”

Is there a family connection to the townlands you mention on ‘Don’t Let The Sky Take Me’?

“My mother is from Cargan in Glenravel, County Antrim which is where Evishacrow, Legagrane and Tuftarney are all found. Her father also grew up there and lived there all his life. I was trying to counter the religious notion of a heaven in the sky being the preferred direction of travel after death; I’m happy to stay here with my feet in the soil.”

The sound of the record is richly ambitious. Was this pre-considered and did this inform the visit to Peter Gabriel’s Real Word studios?

“Very much so. Ben McAuley (producer) and I did a lot of research and listened to a lot of records we may not have otherwise done (see Tom Jones) in order to find the right location. We were isolated for a week there with no distractions.”

In ‘Taxi’, the guy Henry McQuillan is cited as an influence on Thin Lizzy and their version of ‘Whisky In The Jar’. Is that certifiably true and does it matter if it’s not?

“On the latter point; no, it’s doesn’t matter. My father always told me the tale as Henry would tell it. Henry himself is where the magic is, I feel. The wife of Taxi’s guitarist (Trevor Irwin), Linda, has a piece on irishrock.org about the group and of how they shared a manager and a house with Thin Lizzy, though no mention of that fateful night. I wanted Henry to – if not denounce it – then leave it ambiguous at the end. After that, it’s up to the listener.” 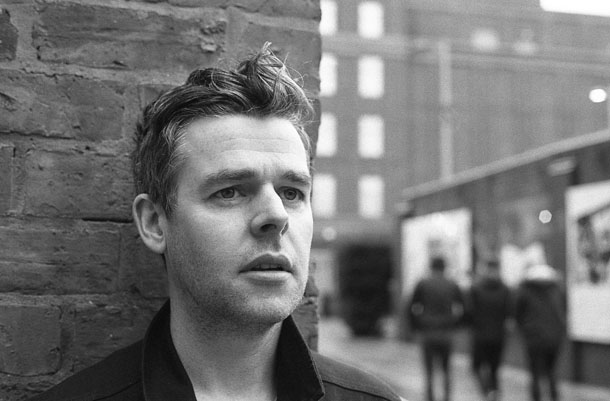 ‘A Northern View’ seems to be a response to the Irish situation in a volatile age. Is that a fair assumption?

“It’s certainly imbued with that sense of dread, if not looking at it directly. I moved back to Northern Ireland about eight years ago having promised I would never live here again after my apprehension and anxiety towards it during my teenage years when I left. But my feelings since have completely reversed; I have kids growing-up here now and feel a responsibility to present it in its best light and for all it has to offer, of which there is plenty. I guess all this, the history of the place and its people came pouring out. It was written in one evening, a rare thing.”

The song reminds me of Neil Young and ‘Cortez The Killer’. Any relation?

“I love the song, and Neil, but can’t say that I had it in mind. That question should maybe be directed at guitarist, Jonny Ashe, who was the one who waded-in with the impersonation of Old Black, and a fine job he did too.”

You released a solo album last year of sea songs. Are your seafaring days over?

“There is plenty of seafaring to come, I hope. I have a few songs that are unapologetically folk songs which don’t quite fit with Arborist. So I think there is every chance they’ll see the light of day under the M.Cambridge banner at some point.”

Read the Dig With It review of A Northern View here.