Andy Cairns is a rock and roll omnivore, feeding his art with Fugazi, Charles Mingus, Immanuel Kant and Samuel Beckett. He can speak Ozzy Osbourne and Kazuo Ishiguro. His lyrics are tremendously twisted, blessed with a mordant Antrim wit and salted by a few decades of civic conflict. It’s probably not surprising that he found a kinship with the Manic Street Preachers, drinking with James Dean Bradfield and doing a bookshare with Richey Edwards.

Famously, there’s a question mark at the end of Therapy?, possibly designed to enrage sub-editors but apparently a random decision to make best use of a sheet of Letraset. Whatever, the band registered globally in 1994 with the Troublegum album and have weathered many changes and mishaps since then. The early records were informed by Big Black, Hüsker Dü and Dinosaur Jr. but their noise was versatile and the original trio of Andy, Michael McKeegan and Fyfe Ewing was combustible, industrial and kicked arse on Top of the Pops. 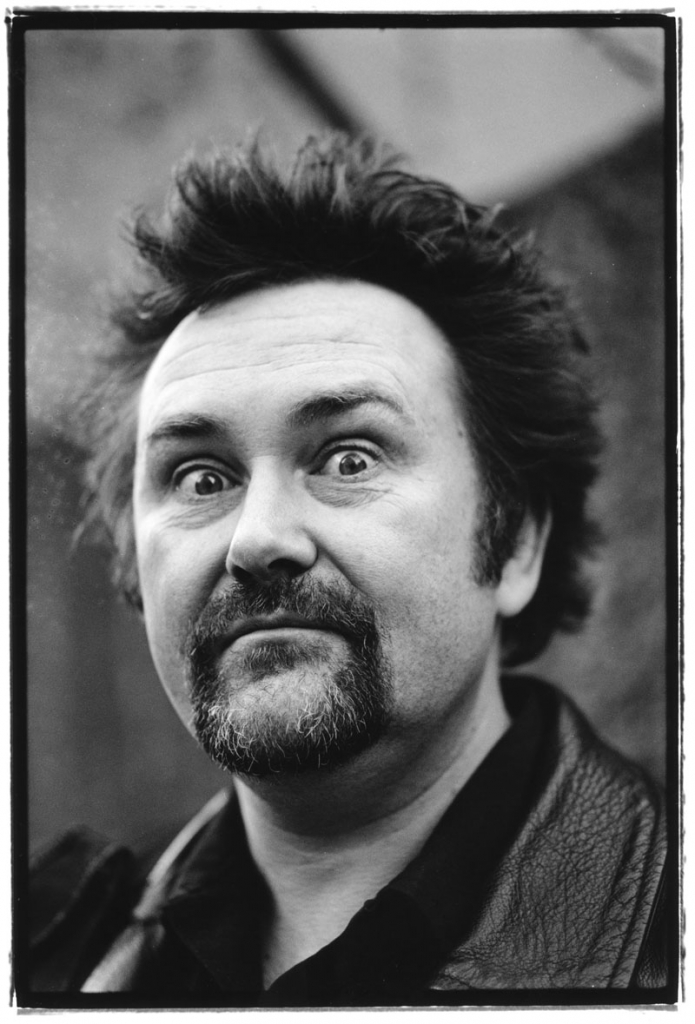 So Much For The 30 Year Plan by Simon Young puts together the story with the band’s co-operation and over 70 hours of interviews. There is no shortage of detail and while we might live without mention of the endless festival engagements, there is insight into lyrics and an overview of the curve that took them from Warzone Collective gigs in Belfast to grunge outriders with corporate muscle and their current status as weather-lashed incorrigibles.

The book is faithful to the title in that it spreads out the love across those 30 years. As with many books, it’s the early parts that are most compelling. Andy always had an excess of intelligence and would have flourished in higher education, but instead he worked at Michelin Tyres and perfected his shredding skills. Like the Manics, moldering in small-town Blackwood, Therapy? drew on the boredom and latent psychosis of Ballyclare and Larne to fuel their ascent.

The conventional reading of Therapy? is that Infernal Love was an act of drug-eating self-sabotage in 1995. Granted, it had ballads and cello plus electronic interludes from David Holmes and billowing lyrics. Andy was necking a bottle of vodka a day and Fyfe wasn’t talking. Michael drew on his experiences in a large family to manage the peace. They raced Scalextric cars around the studio between takes. And yes, it still sounds like a great folly. Still, the record has its adherents and the release from huge, commercial expectations may have actually given Therapy? the license to endure and experiment further.

So Much For The 30 Year Plan brings extra respect for the art, the words and returns you to records like Crooked Timber with fresh intent. Also there’s talk of mythological detritus like ‘Penis Temple’, a 45 minute throwdown of strange plus a home movie called The Speedo Menace. You would struggle to dislike such stuff. The story is unfinished and the question mark is stubbornly extant.

Simon Young: So Much For The 30 Year Plan: Therapy? The Authorised Biography (Jawbone)