NEW PAGANS: The Seed, The Vessel, The Roots and All

My phone tells me, by way of an intrusive screeching ping, that I have memories I must attend to.  Memories are a weird thing, some positive, some not so positive. Memory can be divisive. Different versions of the same memory can weave their way through a close-knit group; memory can be unifying; it can be celebratory and perhaps a cause for anguish. There are whole books, thesis, and countless papers on memory.

Or the lack thereof.

This particular digitally enhanced memory appeared because one year ago, to the day I had posted about an upcoming gig in the great Northern city of Manchester.

Manchester is only 30 minutes away from Liverpool by train, making it great for work, gigs, and pints. This memory though, of a gig in the Northern Quarter, strikes a peculiar chord because it was the last gig I have any memory of.

In the before times.

There *may* be another one, possibly in Liverpool, but it hasn’t registered in my memory yet nor has it set my phone off in search of high-pitched screeching noises.

That gig was New Pagans in a strange little place called Off The Square. If I’m honest I was a little surprised they’d set off on a UK tour, given that there was barely an EP on the go, mostly because hours can be bloody expensive things. It has to be said, I’m glad they did. 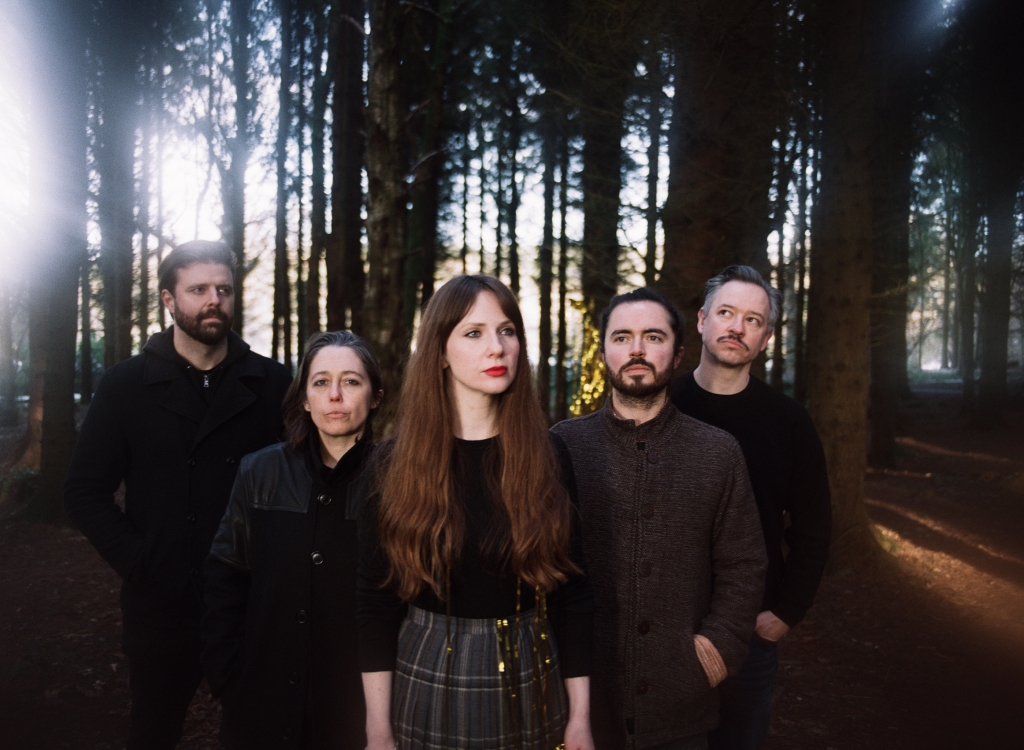 I’d seen them only once previously, at the Atlantic Bar in Portrush as part of the Atlantic Sessions festival. Their energy, sound and sheer presence on stage was more than enough to warrant a train trip on a chilly Winter evening.

It has been quite the year in between; apart from all the you know what; New Pagans have managed a few releases, some online gigs, they’ve won an award in the shape of the Best Live Act gong at the 2020 NI Music Awards. They’ve signed to Oxford-based label Big Scary Monsters too, home to Beach Slang, Gender Roles, Orchards, Single Mothers, We Were Promised Jetpacks and fellow nordies And So I Watch You From Afar.

Their album is a welcome addition to the list of releases and shows.

The Seed, The Vessel, The Roots and All comes out of the speakers like some demented animal, there is a darkness from the off, the bass thunders through your very DNA, lifted only by Lyndsey’s vocal and the harmonies, but ‘It’s Darker’ is an opening statement that is relentless in its demands for attention.

‘Bloody Soil’ does something that is difficult to pull off on a Tuesday evening while you’re sat on Penny Lane, it pulls at the end of your nerves, it forces movement, it has as jittery energy all of its own that fires neurons off each other, quickens the pace. ‘I Could Die’ slows things down a little, giving Lyndsey a little room to play around with speed and scale.

‘Lily Yeats’, a tale about the embroidering sister of WB Yeats, brings you back up again with a start; Cahir makes a more prominent appearance; it ends in a cacophony of noise. I’m reminded of Jetplane Landing, FWW and glorious nights in sweaty basements, pint in hand, throwing myself around the room lost in feedback and frenetic fury.

‘Admire’ grows on you; it grows out of the speakers demanding a little more room with each note until it fills the space, it’s the kind of tune that conjures up an image of Lyndsey writhing around on the floor lost in a sea of hair and darkness, it’s a beautiful thing.

‘Habour’, about motherhood and birth, is a little gentler on the soul, it is almost playful; reminiscent of a soundtrack where our imaginary heroine and her comrade in arms disappear over the horizon to the sounds of repetitive, almost prayer-like incantations that suggest impending trouble.

‘Yellow Room’ gives off a slightly confusing if not un-entirely enjoyable vibe that is part New Pagans, part Beach Boys; it’s all harmonies, catchy vibes and drum fills pulling you in until you can’t remove yourself from its grip. ‘Ode to None’, I’m sorry to say, is both “shimmering” and “angular”, though I am to understand those words have been banned by certain parties. It is both of those things though, there is just enough speed to keep you air drumming, but it comes tied to a huge sound that occasionally drops off to what can only be described as a sound that is very churchy, very preacher-like.

The final two tracks play around with your sense of place and the things your parents told you, ‘Natural Beauty’ plays with notions of femininity, it plays with gender chores and draws you into a narrative that presses delete on it.

‘Christian Boys’ carries more anger than the others; it hits harder, it punishes the amps, punishes the unprepared listener; like all the tracks on the record, there are stories, deep dark places that some of us might be best to avoid altogether. Christian Boys is written in the roots, and it shows, there is little ambiguity and lots of anger and alienation.

New Pagans have seemingly come from nowhere in a time of great turmoil and tumult; in a time where many others have pulled the plug on plans, presses and publicity; they’ve gathered a clan that boils over with contempt, a clan laced with resentment, visceral and seething at the world it sees.

Perfect timing if you ask me.

A version of this review will appear in Issue 4 of Dig With It print magazine, out March 26. Sales info here.