When Susan Donaghy stepped into the sizeable boots of Susie Blue, it was a license to be fearless, a bold singer, a provocatrice. This was her imprint on a series of important songs, setting out the unfinished mission for rights in the north. Susie Blue (“a boi named Sue) has the smarts, the presence and a voice that tells you quietly, but convincingly, that change will come.

We realised this back in 2016 when she released ‘People Like Us’. It was the voice of the LGBT+ community under siege. There was a queer-bashing scene in the video but it ended with a celebration of her people. They were not going to relent and the religious fundamentalists in the chorus line (“they think it’s all our choice”) were properly junked.

A year later and the narrative rolled on with ‘Be A Lady’. This time it was a dismissal of gender expectations. Another great video: her drag queen mate Joseph was literally half a man, with half a beard. “I wanna be a lady,” she told me back then, “but I wouldn’t want to be what the stereotypical view of a woman because I wouldn’t be stereotypically feminine. I would look at men and be like feminine or think, oh, I would love to have their hair or their cheekbones. And it’s kinda about being who you want to be without worrying what anyone else thinks. Which is hard sometimes.” 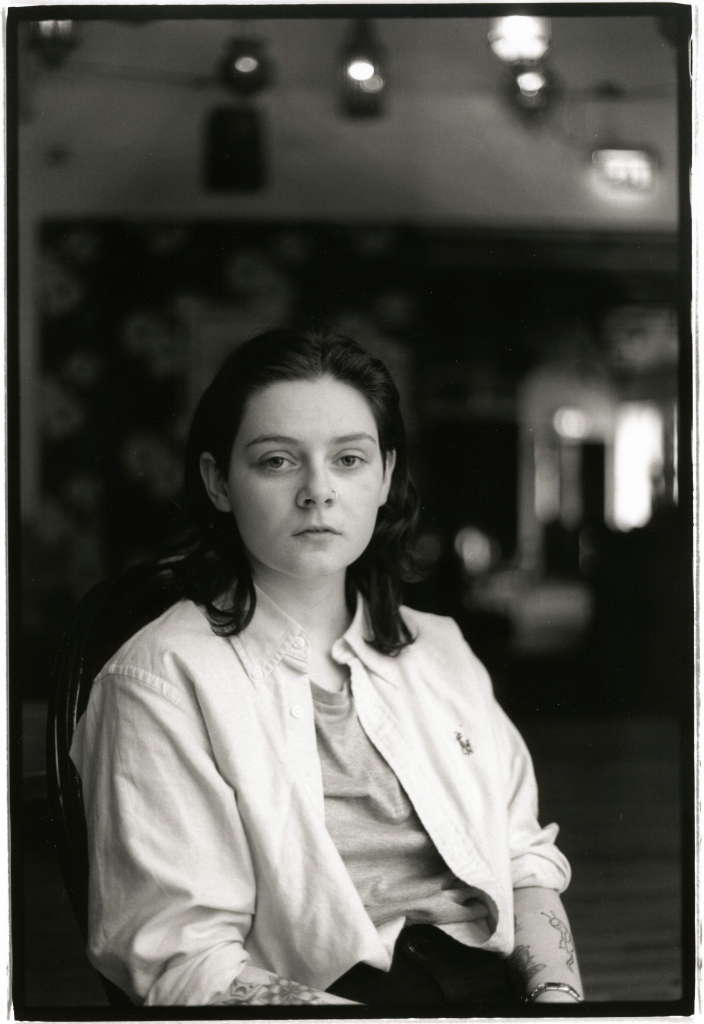 All those long drives in the family car, listening to Sinead O’Connor and Christy Moore were evidenced on the 2018 album, Didn’t Mean to Care. It was a meeting of the personal and the political, about heartbreak and circumstance. The gigs were fierce and Suzie worked with photographers like Megan Doherty and Audrey Gillespie to explore an artistic twilight, the burn of neon, tungsten and fluorescence. And while she has relocated to Belfast, that activist schooling in Derry is a mainstay.

This year, Suzie celebrated Valentine’s Day with Bronagh Gallagher and ‘Love Is Strange’. Marriage equality was a thing and the tune that featured in Dirty Dancing was permission for two boss personalities to have the greatest fun. But that was mostly a light distraction. Susie was working on substantial stuff, like ‘Daughter’ a parental conversation, the coolest remembrance. It was also an indicator that Susie had been away from the scene, grieving.

“My mummy passed away last March,” she says. “And I had a gig at the Empire on April 4. I was like, I’m fine, I can definitely do the gig. I was in a state of shock, I suppose. And then I did the gig and realised shortly after it that I was done. I couldn’t do it. I didn’t realise how much emotion I give on stage and how much I actually do, emotionally – until I didn’t have anything to give. And I felt really bad about it, that I wasn’t putting in as much as I should have. I had another gig booked for June in The 343. Which I did – I can’t cancel gigs. So I finished up in June. And waited until now, ironically enough, to start gigging again.

“And then, Miss ’Rona had a different idea for me…”

‘Daughter’ sounds like a song about protection and love. In particular a conversation with a child who is coming out. Is that the case?

“Basically, the whole way through, it’s a parent talking to a child. There are bits thrown in there from my thoughts – how I would speak to my child if they came out. But mostly it is how my mother spoke to me.”

It’s not an uptight voice. It’s an understanding tone. Was that your experience with Sally, your mum?

“Yeah, like when I came out, she did find it hard. I think there’s that sort of thing where you’re worried for them rather than caring actually about the fact that I was gay. She didn’t care. She was just worried about how the world would treat me. So that was the initial thing. It was never, ‘get out of this house or you’re not my daughter any more’. It was never any of that. It was just an adjustment. And then it was fine.”

Also there’s a remarkable video. We almost expect such a thing from Susie Blue, but that’s not to undervalue it. Susie has previously spoken about the “sacred
rituals” from the that she depicts in this short, an insight into her community.

“I kept going to these events and thinking, this would make an amazing music video. Everything I do in my life, I see as a little movie. When you say, ‘the queer scene in Northern Ireland’, people automatically think of nightclubs. They think of people going out and getting drunk and dancing. This is a part of it, but it’s not for everybody. My favourite part is celebrating our culture and our kind of heritage. So I started filming it on my phone. And got my friends to film stuff on their phones. They were at everything. I asked them to send whatever they had. The parts in the video of our friends – Audrey shot two or three years ago. I used that as well.

“The Balls started in the New York scene. It is sort of like a fashion. One category would be butch/femme. And you would walk in your butch/femme outfit. And the judges would vote who wins and gets a trophy. It’s like a competitive catwalk, I suppose.”

And everyone was cool about being featured in the video?

“I had to message so many drag queens.”

And has the tone changed in recent years?

“Every Ball has a theme and most of the time the themes are politically minded.
It would touch on stuff like sectarianism and things that are specific to Northern Ireland politics. I know there are a few brand new things coming up. I don’t know if I’m allowed to talk about it. I wont’ say any names, but there’s a black-led collective of people who are gonna be doing something different with the scene – cultural nights about racism and trying educate people in a fun way, through drag and quizzes, stuff like that.” 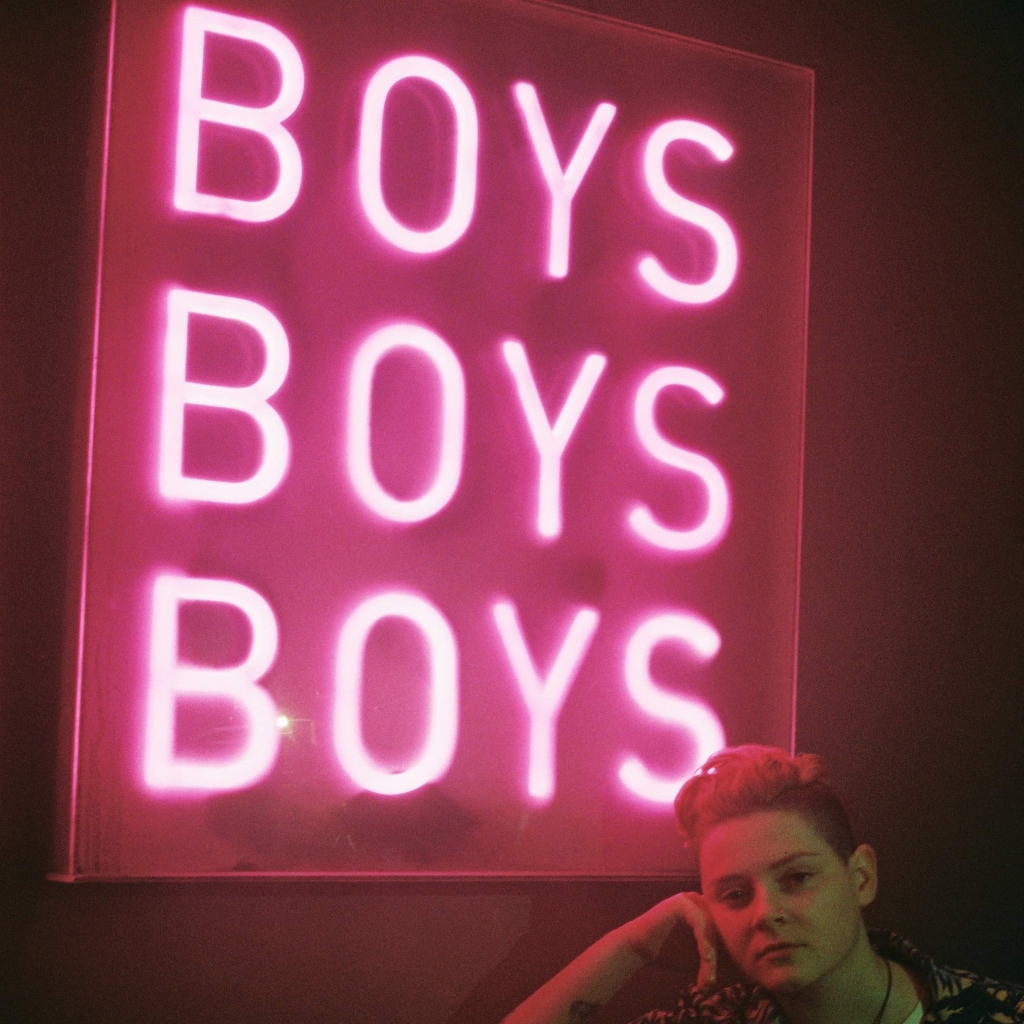 Susie Blue songs range from acoustic ballads to electronic scores. Does the song suggest the style?

“Even the album had a mixture of genres on it. That’s why It’s really hard when people ask in interviews or on festival applications, ‘what genre are you?’ If I attach this song to the application, I suppose I’m this genre, but I’m never really one to write within a specific genre. So I guess the song tells me. I just write the song and think, this would sound good with this really low dirty synth in the background. Or this would sound amazing if there was a giant guitar solo in the middle.’

The upcoming track, ‘Love You Anyway’ has a magnificent, stone-soul opening and a chorus that can barely resist the anthemic strain. Again, it’s a singular piece of work, set for release on August 28, Sally’s birthday. Later, they will be an EP, Boys Boys Boys. Surely not an inversion of the old Mötley Crüe rocker? Susie laughs.

“I was in a gay bar in Glasgow and there was a sign that said, Boys Boys Boys. I thought, that’s funny. Cause the whole ‘Girls Girls Girls’ song is like, nude girls, strippers, or whatever. I thought, it’s quite funny to think what the opposite of that would be. So Audrey took that photo on her 35mm camera in the nightclub, while it was rammed with people. I was like, I don’t know what to name the EP, but if this photo comes out, I’m gonna name it Boys Boys Boys. And the photo came out.”

(This feature originally appeared in Dig With It, Issue 2, Summer 2020. Sales info here)