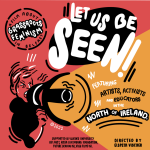 Documentary filmmaking is often considered the rawest configuration of the cinematic form. This raw sincerity can be found throughout the work of Elspeth Vischer or Vish Films –  a Belfast-based director whose focus lies between both factual and experimental film traditions.

In 2020, Elspeth embarked on her first documentary feature film as a Creative-Practise PhD Candidate at Queen’s University Belfast, titled Let Us Be Seen; Analysing and Documenting the Development of Grassroots Feminism in Belfast.

After participating in the documentary as a contributor (Caleb plays with Strange New Places and makes films – Ed), Elspeth talks me through her experience creating the project. “I’ve gained insights into so many incredible groups in Belfast and it’s been a real eye-opener about the myriad forms that activism can take. It can be everyday kindness and support to those that need it, as well as the momentous rallies.” 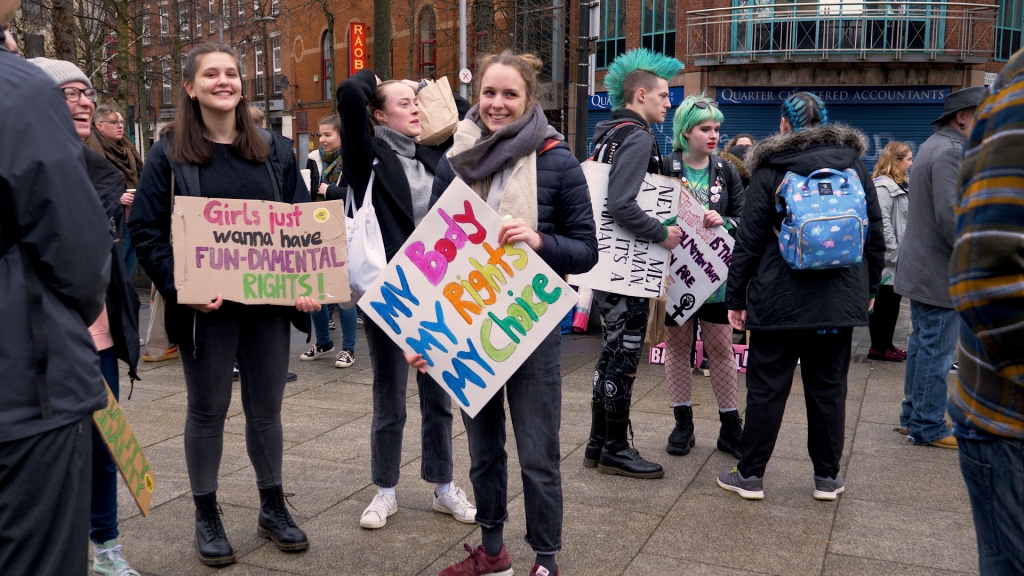 And how important was intersectionality to the piece? “I think taking an intersectional approach for me, meant trying to include as many voices as possible to tell their own stories. I think it’s never possible to include everyone and I hope people make more feminist work about Belfast, but I am happy that it enabled these ideas to be gathered together on screen and open up that nuanced conversation.”

However, filming primarily during the 2020 lockdown proved a challenge. “I think it changed the shape of the film. I’d initially envisaged more demonstrative interviews of people moving around their workspaces, showing the grassroots work they do but this became impossible. Reflecting on it now though, I am pleased with the talking heads and I think it allows each person to be clearly introduced on screen.” 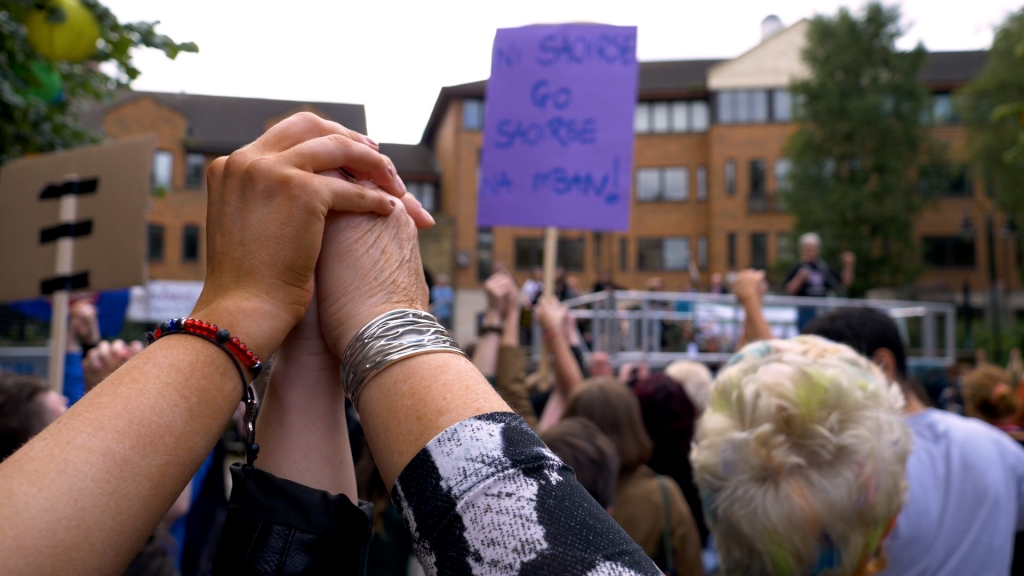 Let Us Be Seen has already drawn sizable crowds to screenings across Belfast and Elspeth contemplates on what she hopes audiences can take away from their experience. “I’m always interested in how different audiences take different things from the work. A lot of people were very moved by the dancing sequence from Now For The North, and I think that is a really powerful moment – filmed before decriminalisation came about on 21st October 2019. My main hope is that everyone can take something from the film and that as wide a range of people as possible see it! If it informs a couple of people who didn’t know much about these groups and their fantastic work here, then I’m happy!”

Looking towards the future, she explains there is no ultimate ‘end goal’. “I would like to make work that positions feminist narratives on screen. I still don’t think there’s enough work like that coming out of the North of Ireland. For me, working independently allows for more fluidity and experimentation, and so I’ll try to do that as much as possible!”

(Let Us Be Seen screens during the Women’s Work festival, June 4 at the Oh Yeah Music Centre, Belfast. For future info and screening dates. See www.vishfilms.com)

This feature  is extracted from the upcoming Issue 8 of Dig With It magazine. For orders and subscriptions see here.