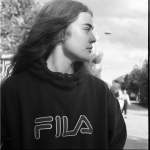 “If we had forever, I still don’t think it’d be enough” sings Becky McNeice on ‘Freeze’. It’s music made for a daydream, but if you stay long enough, you’ll get something to think about. The Belfast artist’s string of pop songs have a slow-burning effect with gentle production and intimate lyrics.

“My family told me to shut up whenever I was singing in the shower, they’d be knocking on the shower saying, shush! So I knew had to get a wee bit better before I put myself out there.”

Her family’s indifference meant McNeice’s talent was kept a secret while she honed her craft. “I was stuck into learning the guitar because I loved to sing but I was not a singer. Never sang in front of anyone, never done any of that until literally 2019. Learnt how to play guitar to give me a bit more of something to offer, so I had something more than just my very average voice at the time, I’ve got better by ear, the more you fuckin’ sing every day, but I started getting singing lessons as well.” 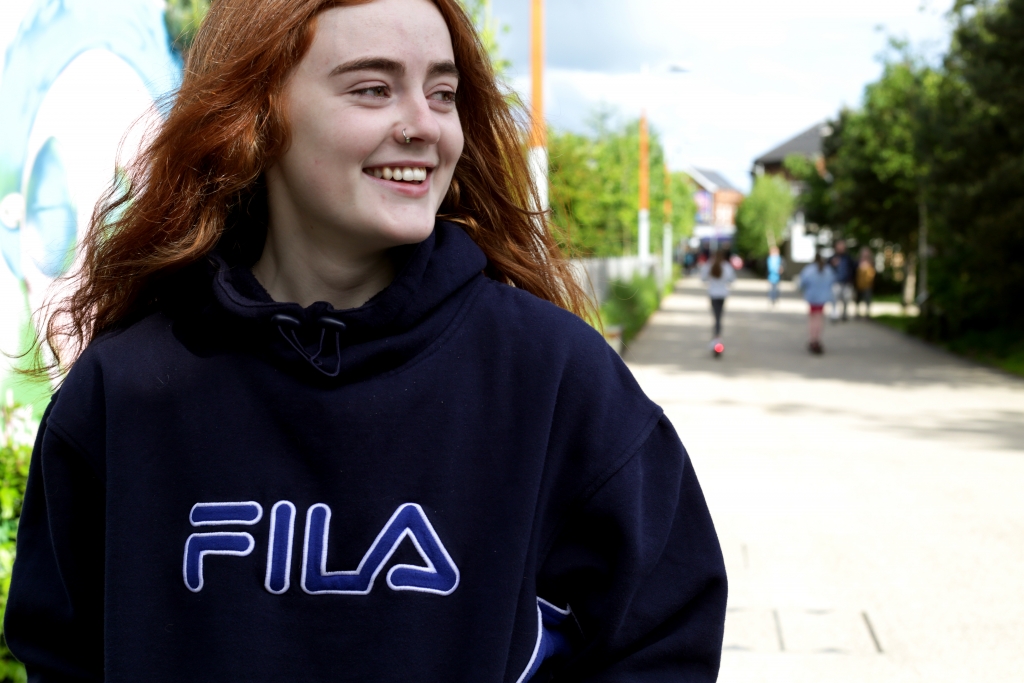 Still hesitant to share her music, she hatched a plan. “I started posting videos with literally a blank screen, just my phone flat on my bed recording me singing a tune. Posted a few of them just in case anyone would say ‘that’s shit’ – I could say, it’s not me. But then people started saying that’s good. Then I started putting my face on it and then I started writing a few things and posting them just testing the waters,”

Now the cat was out the bag, McNeice found a community of like-minded creative women as a local artist Cry recommended her to the Belfast based collective, GXRL CODE. They texted me and said, do you want to perform at this gig? (at The Bear And The Doll). I said, yep sure. There wasn’t too many people, but I was like, this is fucking mad. I went there, enjoyed myself, couple of people came up to me afterwards and said, ‘that was good’. And it was just covers!”

Being part of a collective of creative women has also led to shared experience of misogyny within the local music scene. “I discuss with my mates who make tunes things that have happened to them, ways that they’ve been treated or ways that people see them. Because of them saying, this is what I want and not even in an assertive of a way, just telling people what they want and what they deserve, and then it’s like you’re expecting too much – you’re a bitch.”

Despite this, McNeice is defiant, and resists conforming to expectations. “For a music video, I’m more likely to say, come to the studio and video us making this tune instead of getting in an outfit, make-up and all done because that just makes me uncomfortable because I’m not that kind of girl.”.

This profile is extracted from Issue 8 of Dig With It magazine. For sales info, see here.