Katharine Philippa, Across The Rooftops

The gull can’t help it. This is the domain of the birds – high up on the Belfast skyline with the cranes and the cathedral, the new builds and the vintage nesting spots. Tonight however marks the start of the Women’s Work programme, and the flat roof of the Oh Yeah building is host to a few dozen humans and a live performer, Katharine Philippa. So the gull swoops and disapproves while a few seabird mates gang up on nearby ridges and flues, all feathered annoyance and minor Hitchcock menace.

Katharine Philippa has other concerns. Such as timing her set to coincide with the glowering twilight. Or looping her vocals into a ghostly chorale, adding keyboard and personal phrases, getting unearthly with ‘Nightingale’ and voicing the anxious play of ‘Pawns’. There are lighter moments when she changes the lyrics to Joni Mitchell’s ‘A Case Of You’ and murmurs, “if you want me, I’ll be… on the roof”. But hey, we are expecting momentous, and that’s largely the deal.

She is duded-up, Sinatra-style with a jacket, shirt and fancy tie-clip. She sings into the violet hour as the sun exits behind the Black Mountain. Katharine compensates for a relatively quiet time with new songs such as ‘Human’, that searches for the gracious and the luminous. She’s been raised on classical, but the songs are strangely urban and conveyed with the help of digital sleight. By the end, she’s blowing a clarinet while previous words and imprecations are layered, orbiting, amazing. 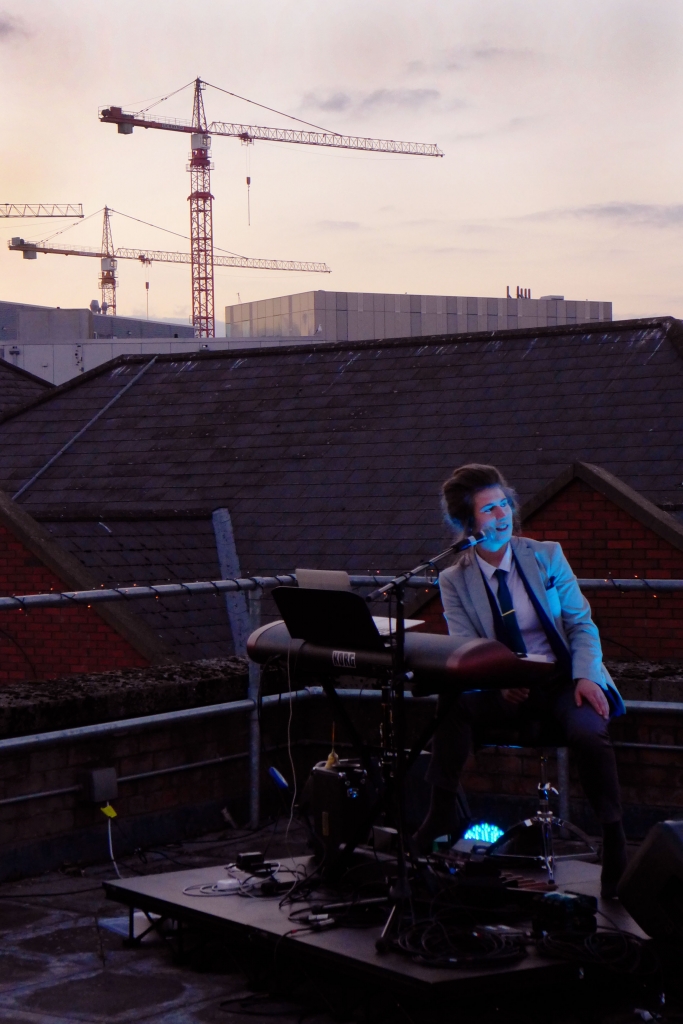 Two familiar songs sustain the emotional centre. ‘Broken To Be Rebuilt’ is the story of a mental collapse that also considers the notion of a reconstruction. ‘Home’, she tells us, was originally written about death and this evening she fetches something extra from the fibres of the music. She is thinking about fatalities in Manchester and Syria and compassion wins. Katharine’s art has come out of a marked sensitivity, sometimes to a perilous degree. Now we see a more resilient aspect, generous even. Tonight, she flies.