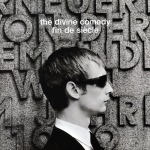 ‘Sunrise’ by The Divine Comedy is a song that begins in the murk and ambiguity of Northern Ireland in the Eighties. Neil Hannon puts out the idea that his birthplace, Londonderry is also known as Derry City. His home is Enniskillen but historically it’s about the mythology of Inis Ceithleann, water and land and ancient footfalls. The singer gives his dues to the different narratives and steers a self-conscious path between them. Then on November 8, 1987 the bomb goes off at the Cenotaph on Remembrance Sunday and there is no easy way to walk that line:

“Oh what a clever boy
To Watch Your hometown be destroyed
I knew that I would not stay long
So I kept my head down and carried on.”

Eleven people were killed and 63 were injured by the IRA bomb in Enniskillen. As with many incidents of the time, it was followed by claims and revisions, numbness and trauma. The singer Christy Moore was one of the artists who began to re-evaluate his politics. Chris de Burgh wrote ‘Remembrance Day’ and dedicated it to Marie Wilson, who had died holding her father’s hand in the rubble. “I am ashamed to be Irish on Remembrance Day”, he sang. Bono was on tour in Denver and his onstage revulsion was captured in the ‘Rattle And Hum’ film:

Neil Hannon released ‘Sunrise’ on the 1998 album ‘Fin de Siècle’. The song had the benefit of distance, a chance for the writer to be more considered.

“‘Sunrise’ was the most difficult song I have ever written,” he told me in 2004, “and it is still the most difficult to actually perform and I don’t want to sort of make it into some sort of ‘Sunday, Bloody Sunday’ where I will never do it again. Because I will, because it is cool. But it was just so hard, it was like walking on eggshells trying to write the lyrics for that song.”

Yet he definitely wanted to dismiss the patriot game. In mid-song, he grows weary of the different semantics and name-calling.

“In many ways you want to put people’s backs up – to not cow-tow to the kind of general political correctness of the North. You are meant to talk in hushed tones about various situations, and I just wanted to lay on the line and say that you know pretty much nothing is worth being buried for.” 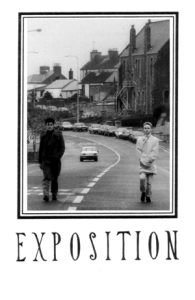 But ‘Sunrise’ was also born into a peace process and so there was a cautious release in the final verse, the idea that transformation was possible. That’s what makes the song resound as a mature work. However it wasn’t his first try. Interestingly, there was a previous Neil Hannon song on the subject. Back in 1988 he had released a collection of songs called ‘Exposition’. The band was October, named after a U2 album and featuring a musical accomplice, Lawrence Hoy. The music was very much of its time, with spatial guitars, a drum machine and too much flange pedal. ‘Remembrance Day’ summons the bottomless dolour of Joy Division as Neil tries to relate to the atrocity.

“I saw the wall, row upon row
Of those who fell so long ago
I watched them fall again today
No uniform, no rifles, they
Have lit a flame for all to see
Not just for you, not just for me…”

‘Remembrance Day’ may be Hannon juvenilia, but it comes directly out of the experience. There is no artistic cover. As the subject came up in 2004, Neil was rueful about this early creation.

“When I was teaching myself to write songs in the Eighties I was definitely under the tutelage of Sting and Bono and I came up with some truly awful political statements, you know, very simplistic. When the Enniskillen Bomb went off and I wrote a song and it was truly terrible. I called it ‘Remembrance Day’ it’s on some demo somewhere and I hope you never find it and you know I listened to it once about five years ago and I have since decided to never, ever think about it again because it is too awful.  You know it is very difficult to write things about the situation. It’s very difficult to write pop songs about serious issues. So I generally don’t.”

Yet he committed. Several times. It’s important that he did.