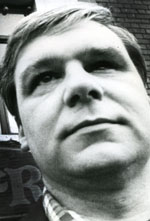 Good Vibrations is punk rock theatre in that it makes a significant noise with few resources. Cast members trade roles as Outcasts, cops, urchins and paramilitary boneheads. Like the ingenious folds of a Good Vibes record sleeve, the stage becomes a rock and roll sinkhole, a Derry parlour, a backstreet and a killing field.

The shuttered shopfront opens and a drum riser comes hurtling out of the slot. You hear ‘Big Time’ by Rudi and the unquenchable subculture of Belfast in 1978 becomes manifest. Terri Hooley presses the records, sustains the shop and throws keen anarchy at a filthy conflict. He is heroic and unbending yet he gets lost in the liquor and the media projections. He becomes tiresome, a Falstaff by the Blackstaff and thus the business crashes.

Yet the real Hooley endures, still the contrary mess ahead of his 70th birthday. He’s been gifted some late applause with an autobiography and the 2012 film, Good Vibrations. This new piece of theatre is also scripted by Glenn Patterson and Colin Carberry and the pace translates well. You revisit the city wreckage, the anxiety and mordant punch lines. The direction by Des Kennedy is sympathetic to that. Terri takes a fearsome kicking in the shop. A Good Vibrations package tour is interrupted by an incredulous squaddie who marvels at this spike-headed crew and their cross-community import. As the musicians return to the city, the skyline is flaming and injured and you grieve again.

Aaron McCusker inhabits the Hooley character. He is sensitive to the royal confusion of the man and does not seem over-awed by Richard Dormer’s raging manner in the film. Niamh Perry follows on from Jodie Whittaker’s role as Ruth and a storyline that now acknowledges her own creative life as a poet. The film had telescoped certain scenes and the Terri-Ruth split is now 18 months after the birth of Anna and so the father’s dereliction is not so fecklessly done. 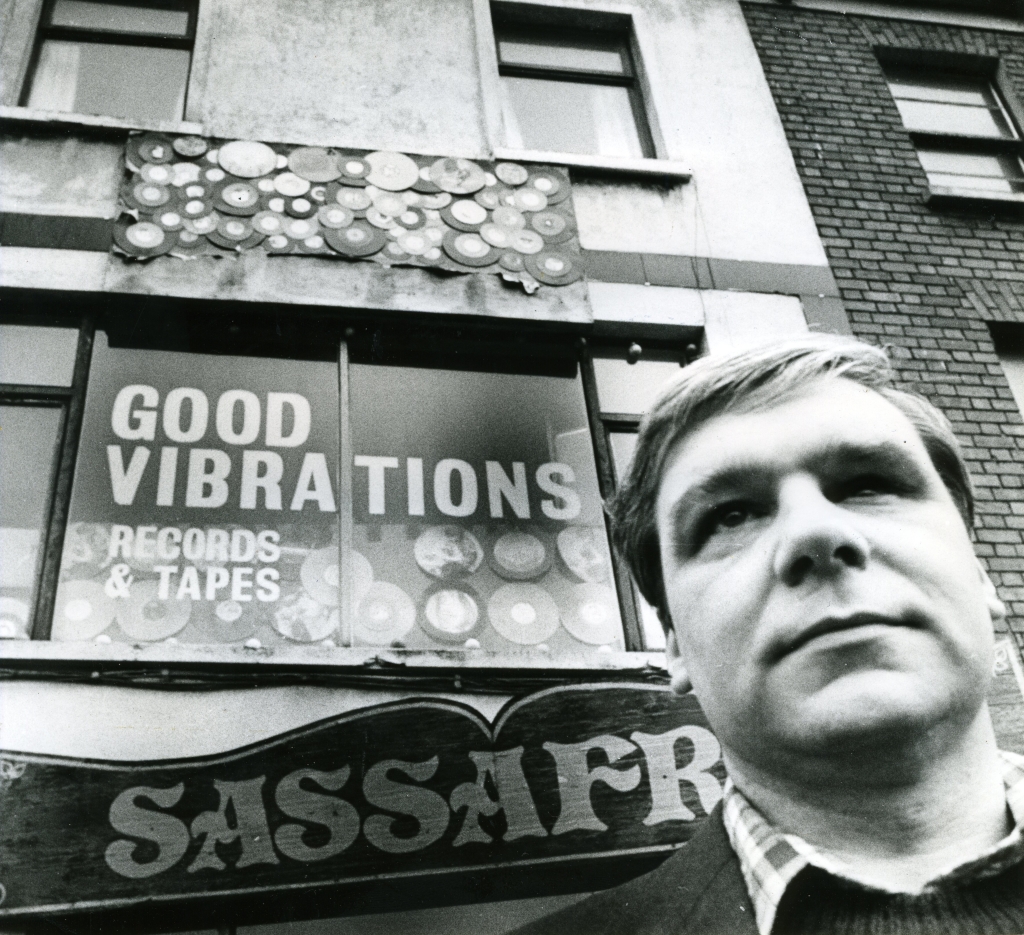 The brute chauvinism of 70s Belfast is softened for the Lyric. Historically, Terri was invited to his first punk gig by Gordy Owens, a teenage truant from Sandy Row with few teeth and a bad Iggy tattoo. In the film he was vividly affected by Ryan McParland. In the theatre, Gordy has become female. The history books may not quake at the revisionism but some punks will surely be troubled by the ensemble version of ‘Alternative Ulster’. The 1978 recording showed Stiff Little Fingers as outsiders, barking with righteous disgust. Now it transmutes into musical theatre and Fame dancing.

Ahead of the opening night, the chief worry for some of us was that Good Vibrations would degenerate into a picture of youth culture as theme park fun – like Cliff Richard and Una Stubbs having a summer holiday in other people’s misery. While that tendency is rare in the play, the ‘Alternative Ulster’ moment is exactly that. Also, the congratulation of ‘Teenage Kicks’ at the end is too easy a deal. A better resolution requires the real Terri Hooley to walk out after the curtain calls, to remind us that we’re still subjugated by bigots, racists and homophobes. He infers, rightly, that ‘Alternative Ulster’ is an unfinished business, rather than a song-and-dance routine. Which is where the actual excitations persist.