Geraldine Quigley’s first novel happens in Derry in 1981. Teenage dreams are informed by post punk and the patriot game, by Ian Curtis and Bobby Sands. The former has made a glowering exit, beaten by illness, circumstance and a belief that all hope has been exhausted. Meantime the hunger strikers are very conscious about the power of mythology and the belief that the story can be changed with acts of self-obliteration.

Either way, it’s a difficult rite for the drinkers in the Cave, Derry’s tolerant dive bar. In other small towns, the prerogative of youth is to dress up and provoke the parental norm. Sure enough, the Cave gives umbrage to the punks, the gays and sundry misfits. But outside is about anxiety and conflagration. The response of the subculture is going to be especially challenged and messy.

Five years before, The Clash had sang enviously about the riots in Ladbroke Grove and how the Windrush children were not averse to throwing a brick. The Clash never made it to Derry – a 1979 death threat stopped that – so we don’t know how they might have engaged with the civil tumult. But in Geraldine’s book, the adolescents must negotiate their own way through this. For some of them, it’s a recourse to Gang of Four records, to cider, spliffs and maybe a boat journey out of the conflict. Alternately, there’s the chance to join the paramilitaries and answer the death of a friend thus. 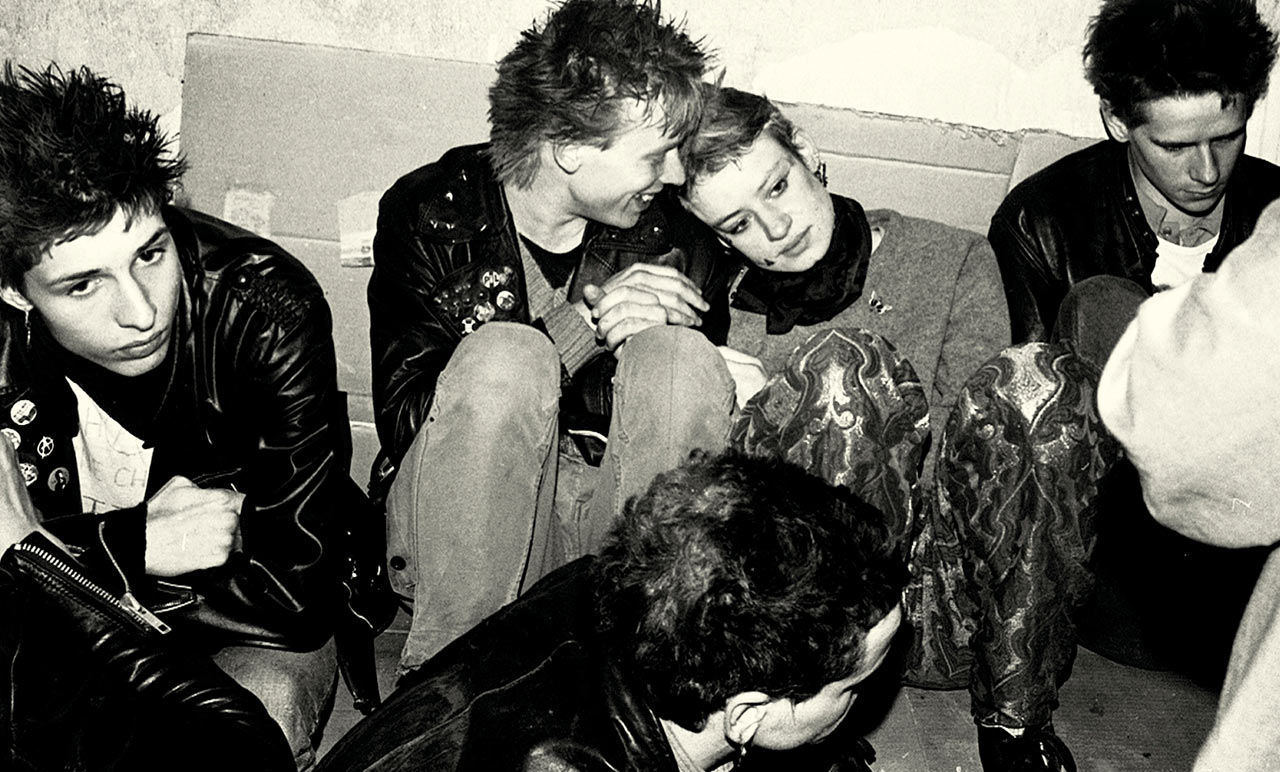 The title of Music Drugs Love War echoes Viv Albertine’s London punk memoir, Clothes, Clothes, Clothes. Music, Music, Music. Boys, Boys, Boys. The Derry version has the fashion, the tunes and the quest for a personal release, but Geraldine’s characters carry this additional weight. The story arcs around star-crossed love, duty and cataclysm. In this sense it’s an update to the 1977 book by Jennifer Johnson, Shadows on our Skin, which was soundtracked by Horslips and drove towards a sore conclusion. This new rendition re-connects us to the awful reckoning of 1981. Ten men dead and the ever-distressing silence after ‘Love Will Tear Us Apart’.